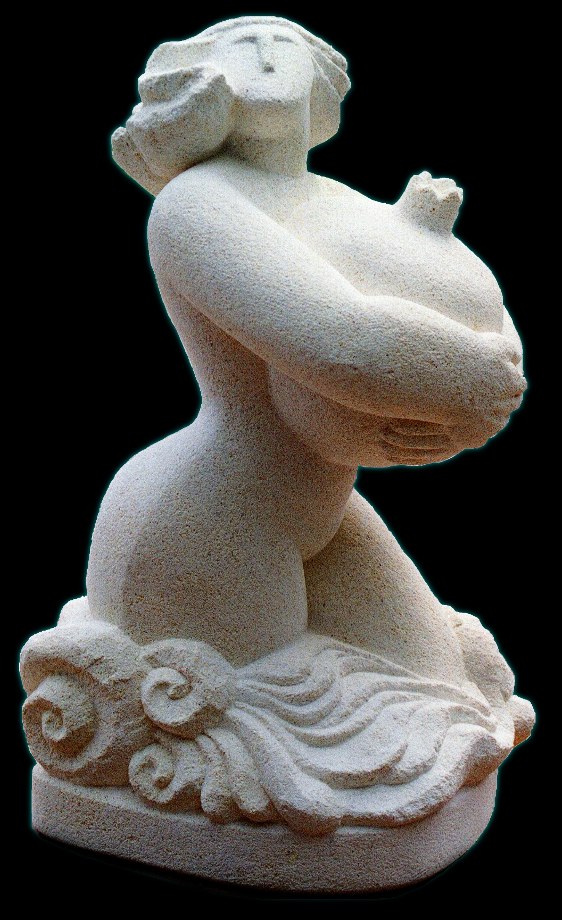 I'd been a fine art potter for almost 20 years, when an old friend introduced me to soapstone. In two shakes, I fell totally in love with stone, and decided this was it for me. Forever.

I have a knack for introducing delight where there is darkness. So to the best of my ability, I create pieces that convey some kind of delight, some kind of connection with the Profound.

So when I saw my friend's pile of soapstone in his studio, something clicked - I knew - Knew - that this was my vehicle-of-choice for the expression of delight. He gave me some small pieces...I immediately disappeared around the corner with my pocket knife and dug in, playing with pieces that would fit in your hand.

Guitar Man was one of my first bigger-than-fist-size pieces. It's only 4" deep - I like bas relief, making depth appear where it isn't. I had no proper tools at the time - I carved it with a framing hammer and wood chisels! It exemplifies the emotional feel I like to convey with my pieces. If I can't feel it, it didn't work, and out it goes.

Some say I have a complete disregard for "correct" proportion.” It's true! I want movement and emotion. That's why some pieces have giant hands – the hands say so much! 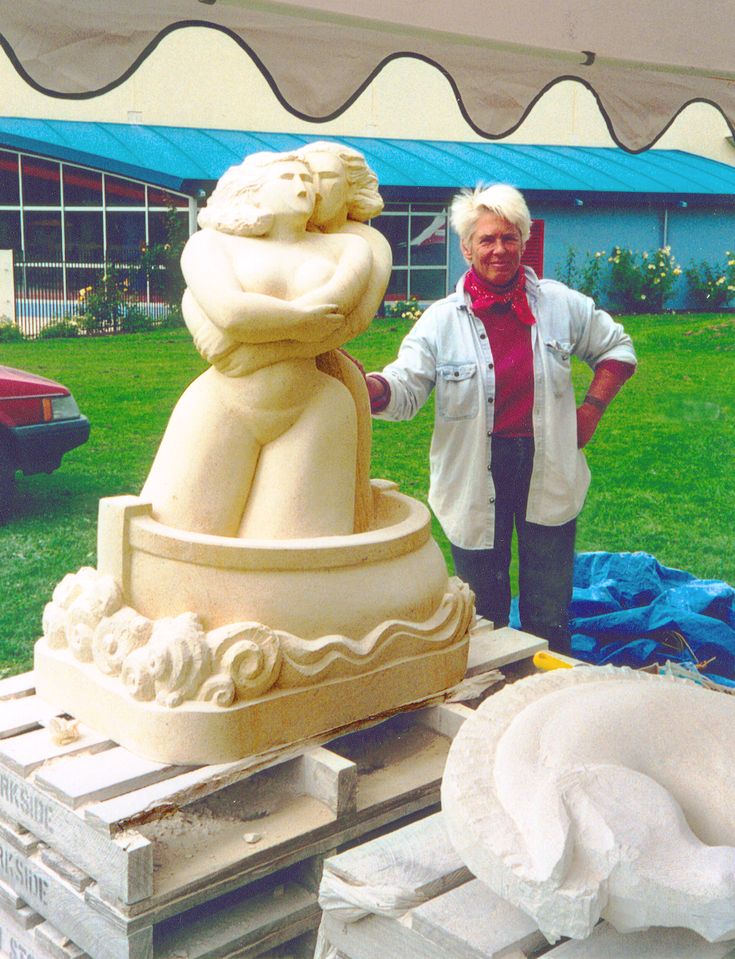 I carved exclusively by hand for ten years, later traveling to Italy to learn from 2 maestros how to carve marble and use air tools. Air Tools! What a revelation! Weeks of hard labor shrunk into hours....

When I was Artist-in-residence for the Art Centre of Gore, New Zealand, I participated in the Oamaru Stone Carving Symposium, and later on, the one at Mt. Somers.

In Oamaru, we were given a 2-ton hunk of stone to carve in 14 days. I'd never carved anything bigger than 2 feet! I had nightmares the first 3 days - would I get mine done (La Balanza) in that small time frame? I did it in 10 days, so I had enough time to do more with the 'scraps' from the larger piece, like Behind the Truth - a play on how we all have a public persona we hide behind. I asked myself, what if our public persona, that mask we wear in public, was our true self? What if the internal persona was actually the mask?

And I was tired by that time of the glare on the white stone, and wanted to play - every piece in the symposium was white - boring! So I watered down some acrylic paint and painted Behind the Truth sliver and orange. Odd, but it was one of the first to sell in the auction. So much for nay-sayers and traditionalists.

I'm Happy to Be Me and Pomegranate came out during a time of intense internal questioning at the end of my stay in NZ - looking for the peace, power and joy within myself. Bella, too. I was amazed to find that if you hide the eyes, she looks exactly like my mother. I like surprises like that.

In ancient Hawaii, people used to slide on bamboo sleds down the hard lava hills on volcanoes. Rock Slide of course, was a pun on that. It's also one of a series of several strange horses: each of them has one human hand and one human foot, two hooves, and a round circle on its shoulder with a human face in it.

In Eskimo tradition, a shaman shape-shifter is shown coming back into human form by showing an animal - his spirit-form - with a human face and a human hand or foot. So in this series, I show the sha-woman's face (because it IS a woman) is shifting from animal back into human form.

Sculpture endures. I always wonder what anyone digging my work up 1000 years from now will think about it. Perhaps they'll think they found some ceremonial relics with which people revered or worshipped part-human horses, eyeless women and a race of huge-handed people!

I make art because I must. It's a cellular need. There are times I feel grumpy or irritable, and a friend will say, "Get thee to thy studio and all shall be fine!" And she's right. Carving these simple, expressive forms, the voluptuous, sensuous, simplified stone beings who are light on their feet and have bellies full of laughter to silently deliver to any viewer who stops and appreciates, fills that need.