How did the idea come to you?
Making an Octopus pendant has always appealed to me, it being one of my favorite animals.

Process: Maquette? Drawing? Direct Carve? Other?
Using a cheap enamel pendant as a general idea, I altered the design so that it was my own. Secondly a waterproof double-sided template was made and laying it on the flat surface, the design was transferred to the rough slab. A sintered Diamond carving wheel took the straight edged slab to its curvy edges in no time. Drilling the seventeen holes however, took an entire day, though. It was completed by the end of the symposium. 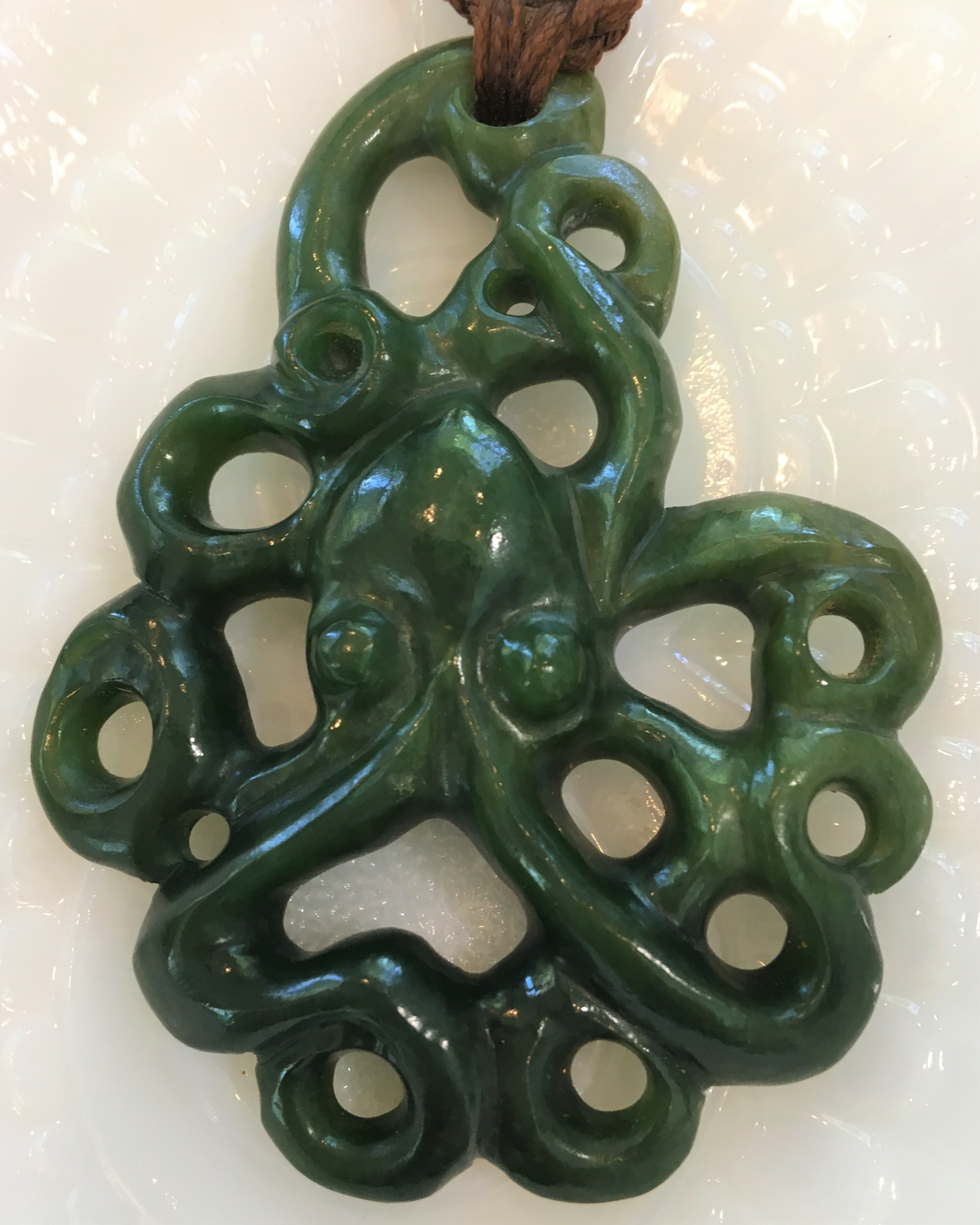 Hardest part?
I think the most difficult part was repeatedly drawing on the jade using the template to separate the tentacles and give the piece some movement and depth.

Easiest part?
I found polishing it to be the easiest part of the process although no steps in this sometimes tedious process were skipped. I usually do enjoy the finishing process seeing the end reward of all the effort.

What did you learn from the making of this piece?
I learned a great deal about Jade as a carving medium. It is said that you must respect the material but not let it bully you. I am certain I will still pursue larger scale sculpture but I must say, there is something very satisfying about creating a small sculpture that you can wear every day.
Follow via Facebook Follow via Twitter