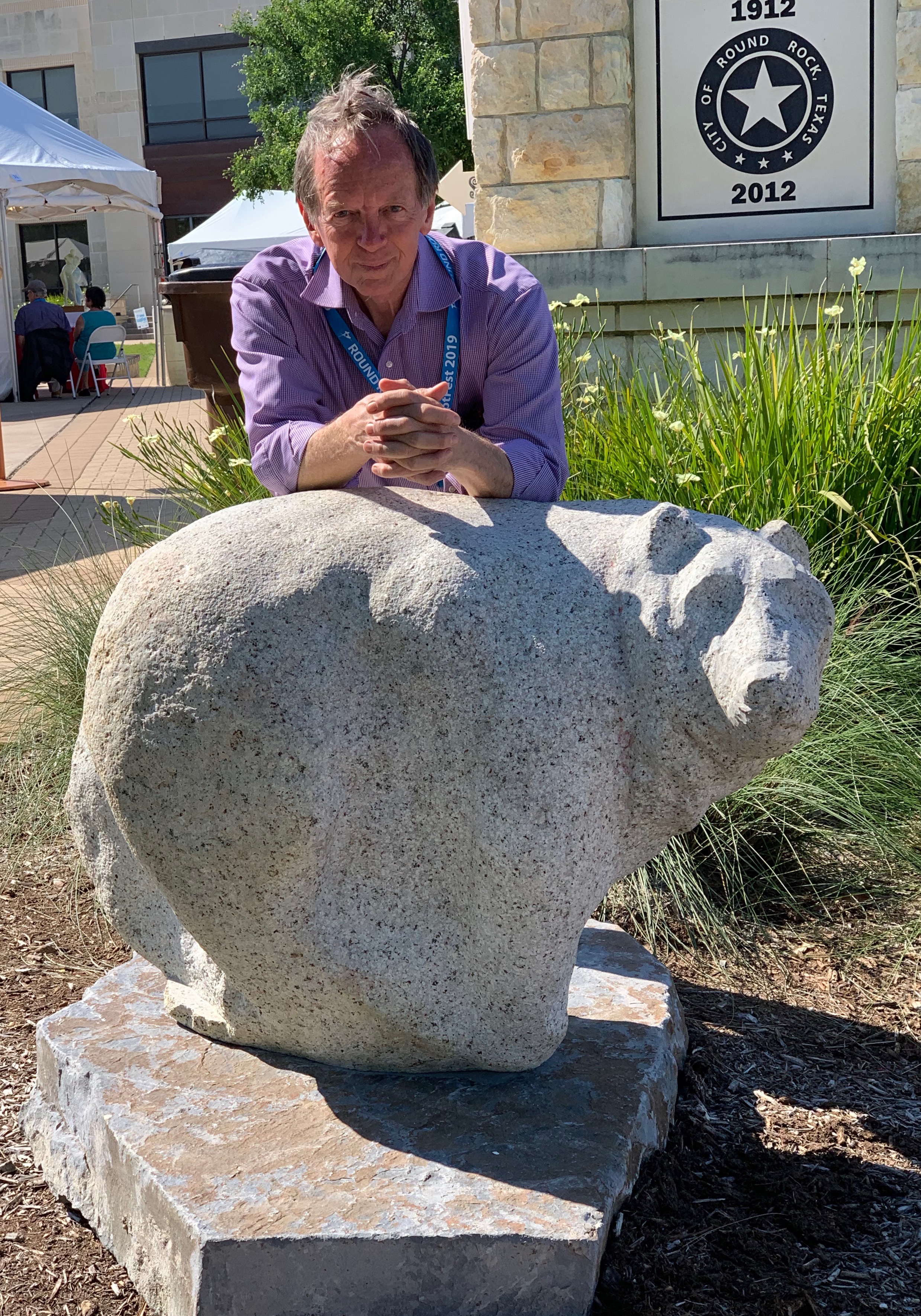 For 27 years the City of Round Rock, Texas, has held the three day SculptFest event.  Along with 60 other artists, I was invited to display my sculpture at SculptFest 2019, and to leave my large bear sculpture “Pause” on display for one year.  Special thanks to Candyce Garrett for making it happen for me. 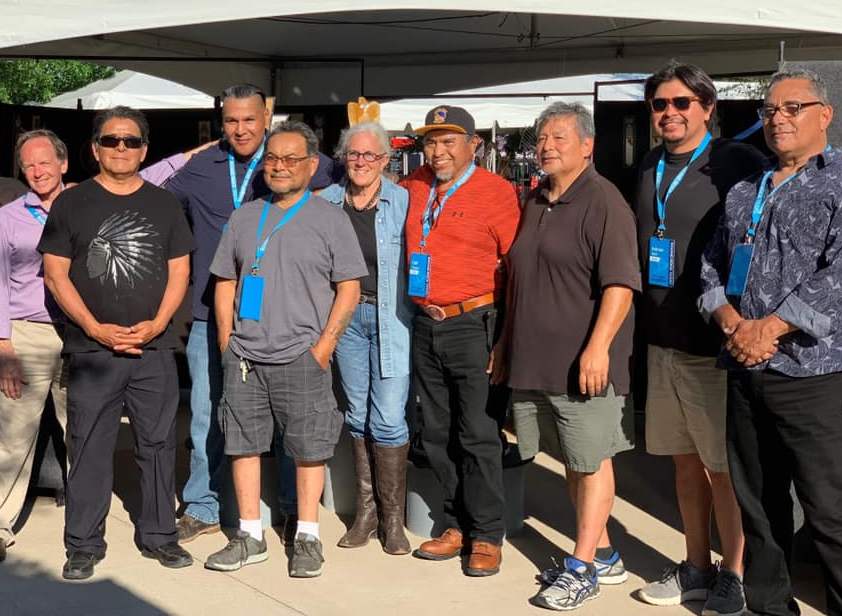 Being at SculptFest was a great way to meet other sculptors and see a lot of sculpture.  There were large and small bronzes, cloth and fiber constructions, wood, and of course stone.  I have to admit, I was so involved with the initial setup, talking to the public, and getting to know the other artists that I did not take many pictures of the sculpture.  SculptFest the previous year had 24 of Alan Houser’s large bronze pieces, which made for a surreal occurrence of his work being moved out while Candyce and Jason moved in their stone work.

I also traded off between my Sculptor hat and my NWSSA hat while a part of SculptFest, including in conversations with Joe Kenny, president of the Texas Society of Sculptors.  We talked about NWSSA’s support of a new veterans sculpting program, and Joe put us in touch with Continental Cut Stone who donated 3000 lbs of limestone from their bone yard for use in support of our efforts.  Jason Quigno accompanied me to select and pickup stone from Continental. 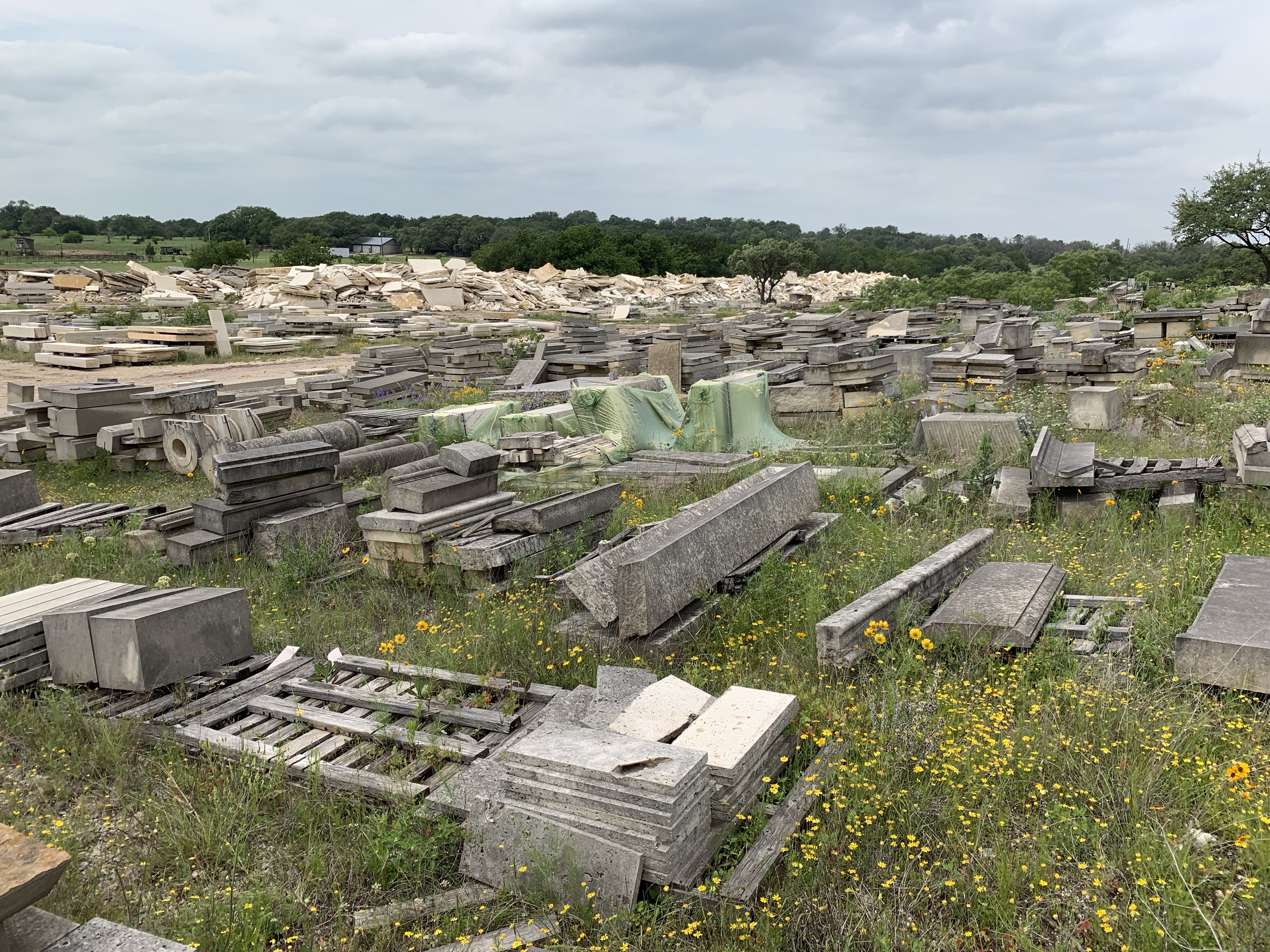 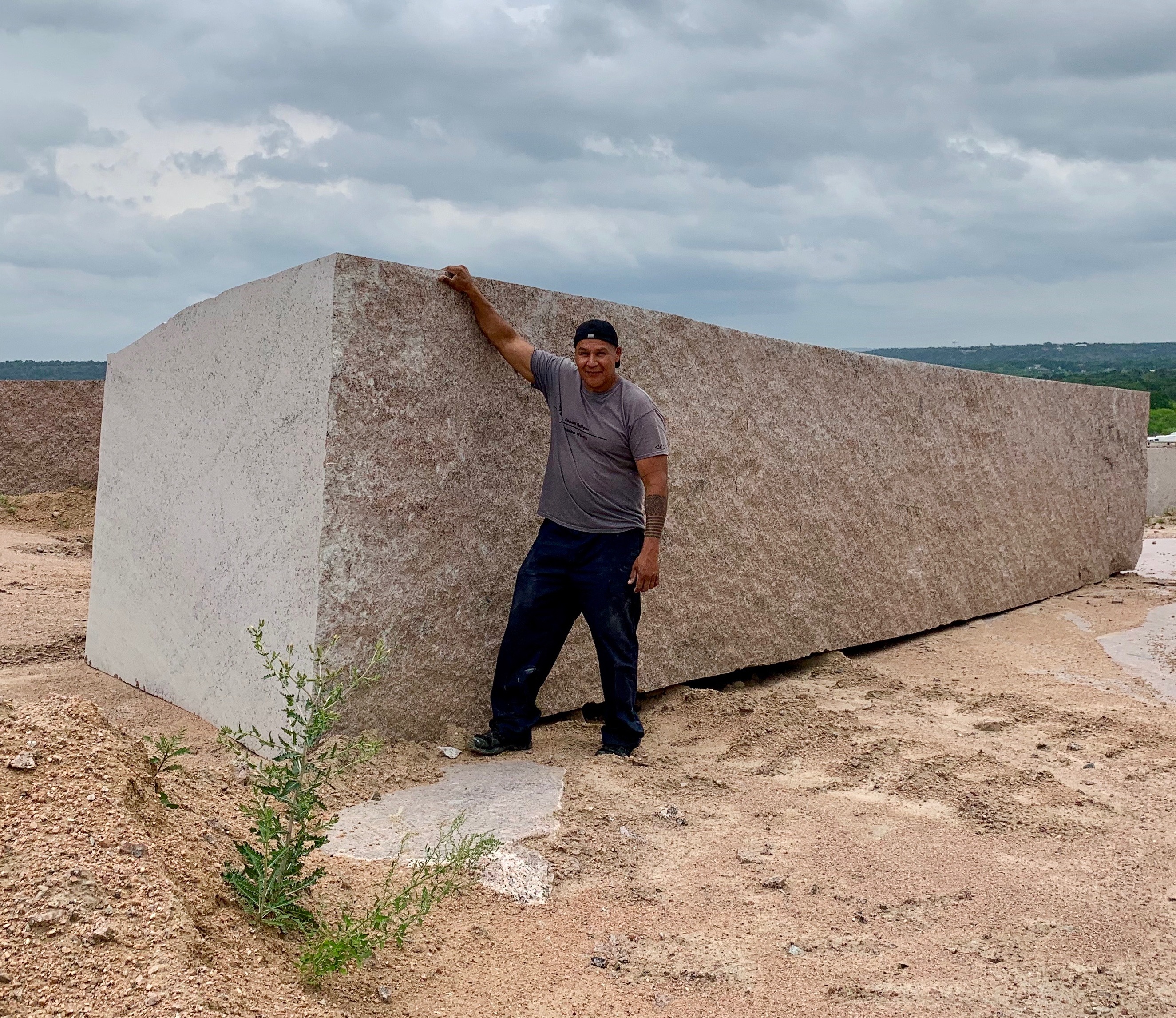 Given that I drove the boom truck from Washington to Texas, I also had the opportunity to visit other stone yards and quarries on the way home.  Marble Falls, Texas is home to Coldspring Granite and Sandra D. Connors, who has much wisdom in selling stone to sculptors, is the holder of the keys to the Coldspring Granite Texas candy store.  She gave Jason Quigno, Larry Yazzie, and me a tour of their stone yard and arranged for their quarry manager, Terry, to take us into the quarry to explain how they do it. The yard and quarry are an impressive place to shop. If you ever need reds or dark grey-black granite, contact Sandra.  And by the way, Marble Falls is misnamed, there is no marble there. 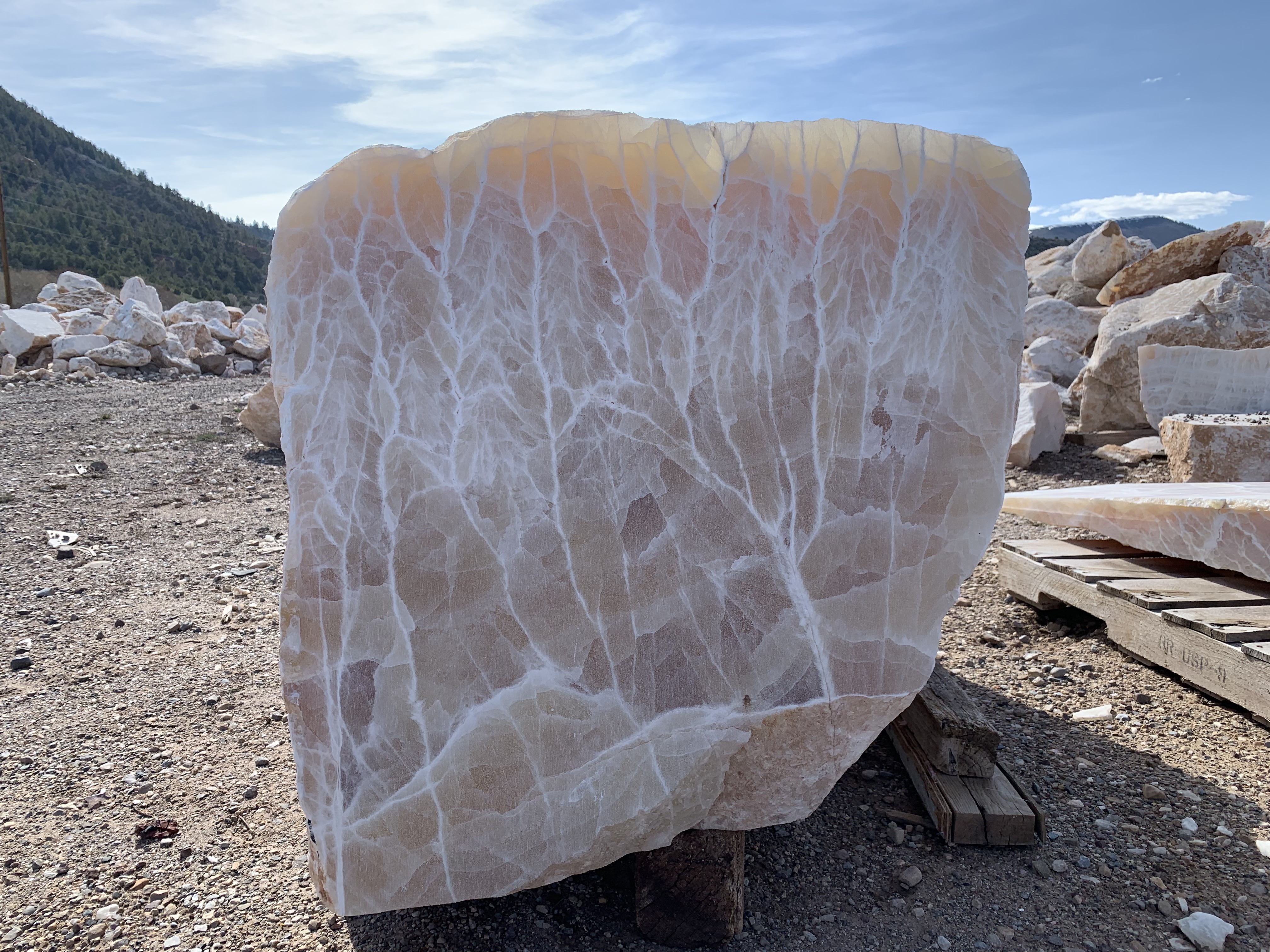 The final leg of the return trip took me about 100 miles east of Salt Lake City to Rick and Jean’s honeycomb calcite yard, the Shamrock Mining Association in Hanna Utah.  Honeycomb Calcite is what happens when a limestone cave is pushed down into the earth and the calcium from the limestone is leached, fills the cave, is baked for millions of years, pushed back up, and then some folks quarry and bring it down the mountain for us to carve.  I'd characterize the workability of this stone as a medium to soft marble.  The weakest places can be, but not always, the large white seams between the solid yellow and orange areas.  Dark red lines in some of the stones are very solid fractures that have healed. Rick calls them dinosaur blood seams.

Given that I came early in their season, snow was late to leave this year and Rick was generous with his time. He showed me their shop with wire saw, projects in process, some of their processing techniques, and a machine he built for coring from a 4” pipe threader.  Once out in their yard he was helpful in pointing out the color patterns and solid stones for carving. Later, before I left with over 3000# of stone, Jean showed me some of the jewelry she makes from the calcite.  There is a lot of stone available, and equipment to help load it.

I’ll return next year to pickup the bear and am thinking of organizing a one time stone buy for NWSSA members. Stay tuned.