In Review: The Museum and the Henge 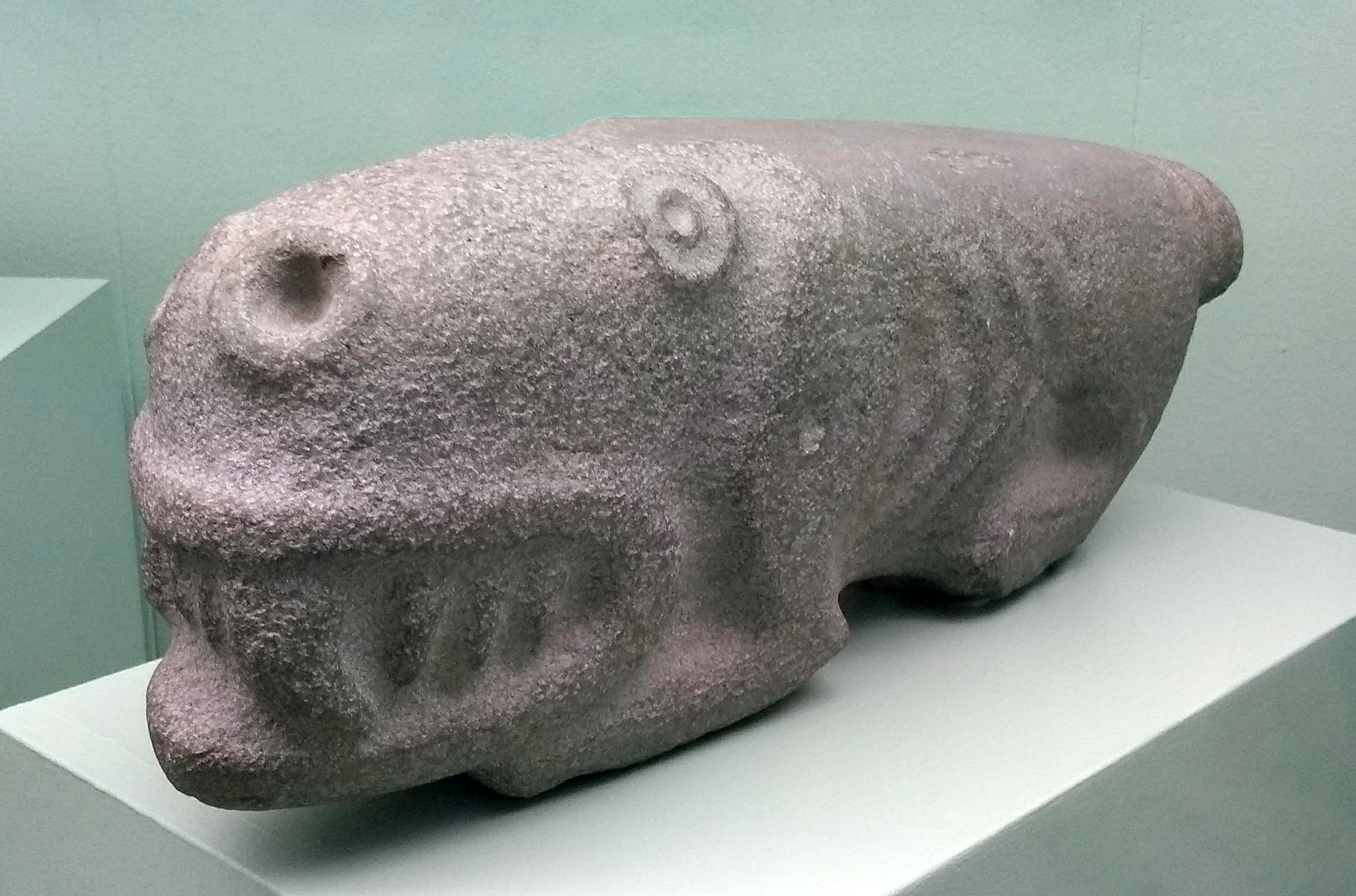 Maryhill Museum has been on my list of places to visit for a decade, and I finally made a point to spend a day exploring. The 5,300 acre property is located two hours drive east of Portland, Oregon on the Washington side of the river. This quiet landscape with sweeping views of the Columbia River Gorge is well worth a visit, particularly for sculptors. Founded by Sam Hill in the 1920’s, the museum has a fascinating history. The museum itself is a large building, with some modern updates and a diverse collection. Inside you can find a permanent collection of more than 50 works by Auguste Rodin, primarily plaster studies. While these are perhaps less impressive as art objects compared to his larger finished works, I found them both more accessible and more informative of his process. Also of particular interest is the collection of Native American artworks that includes stone sculpture. Altogether, the Indigenous Peoples of North America Collection has more than 3,500 objects. While there are just several moderate sized works that would clearly be considered “sculpture”, this is more than I have ever seen of such stone artifacts from our region. For me, seeing these hand pecked carvings in basalt alone was worth the trip. 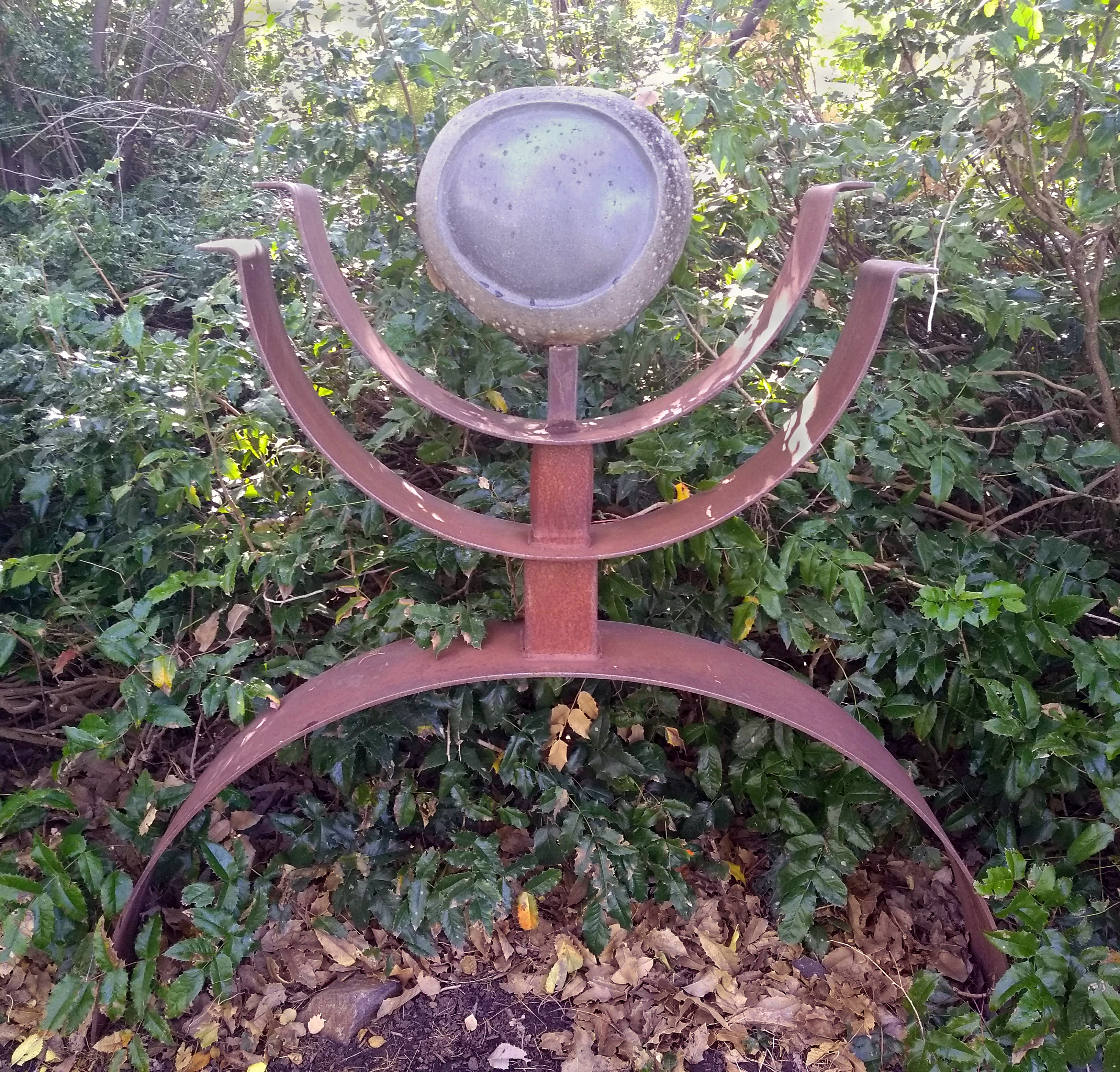 Spread out around the exterior of the museum, one can discover the outdoor art collection. A large concrete sculpture installation is sited within an overlook garden, and was created by Brad Cloepfil of Allied Form Works of Portland, Oregon; this was an early project for Cloepfil and AFW, who have gone on to structural design projects for Wieden + Kennedy, Caldera Arts Center, and the Seattle Art Museum, to name just a few. Just southeast of the main building, Brushing (2009), by Mike Suri, playfully illustrates the effect of powerful winds that move through the Columbia River Gorge. Mike is not only a talented metal sculptor, but he has also helped many NWSSA members install their works in the outdoor exhibit Gallery Without Walls in Lake Oswego, Oregon. Just a short distance to the northwest of the main building, a tranquil green space includes about half of the outdoor artworks. There, I found the granite and steel sculpture Moon Temple (2006) - created by none other than long-time NWSSA member Leon White. 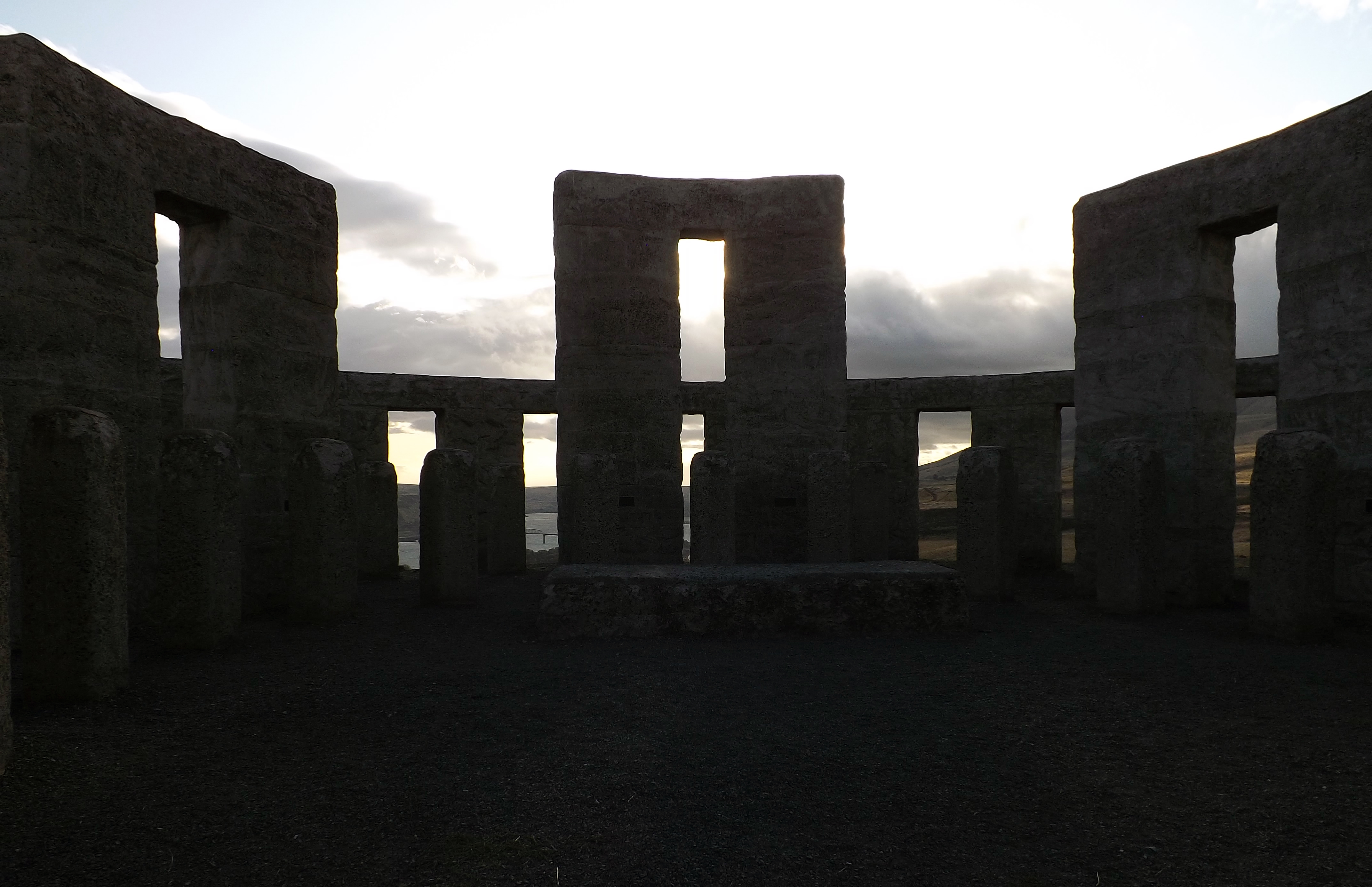 Now let us travel east a few miles down the road. Have we left that original property of Sam Hill yet? Nope. Down a short ways from the highway and approaching the Columbia River once again, we find an immense memorial: a full scale replica of the ancient megalith Stonehenge. With only some minor variations, the Maryhill Henge is intended to precisely capture what Hill determined was the original design of ancient Stonehenge, at the time that it was built. This might be the earliest example of its kind of modern public art in the region. The structure was dedicated to the memory of soldiers killed during WWI. While the Maryhill Henge is made of reinforced concrete rather than massive stones - and I imagine does not have quite the same supernatural presence of the original - it has some distinct advantages that you won’t get by trekking to England. Most importantly, you can walk all around it, within it, and touch the columns. It is free and open to the public every day of the year. There were some other visitors, but for a little while I had the whole place to myself. Standing within the massive structure really helps one to take in the scale of the original. We sculptors know better than most that pictures just do not do justice to the experience of interacting with three dimensions. By itself, stepping out from between the columns for a look at the Columbia River Gorge is spectacular. Basalt cliffs under open skies… what else could a stone sculptor ask for in a view? 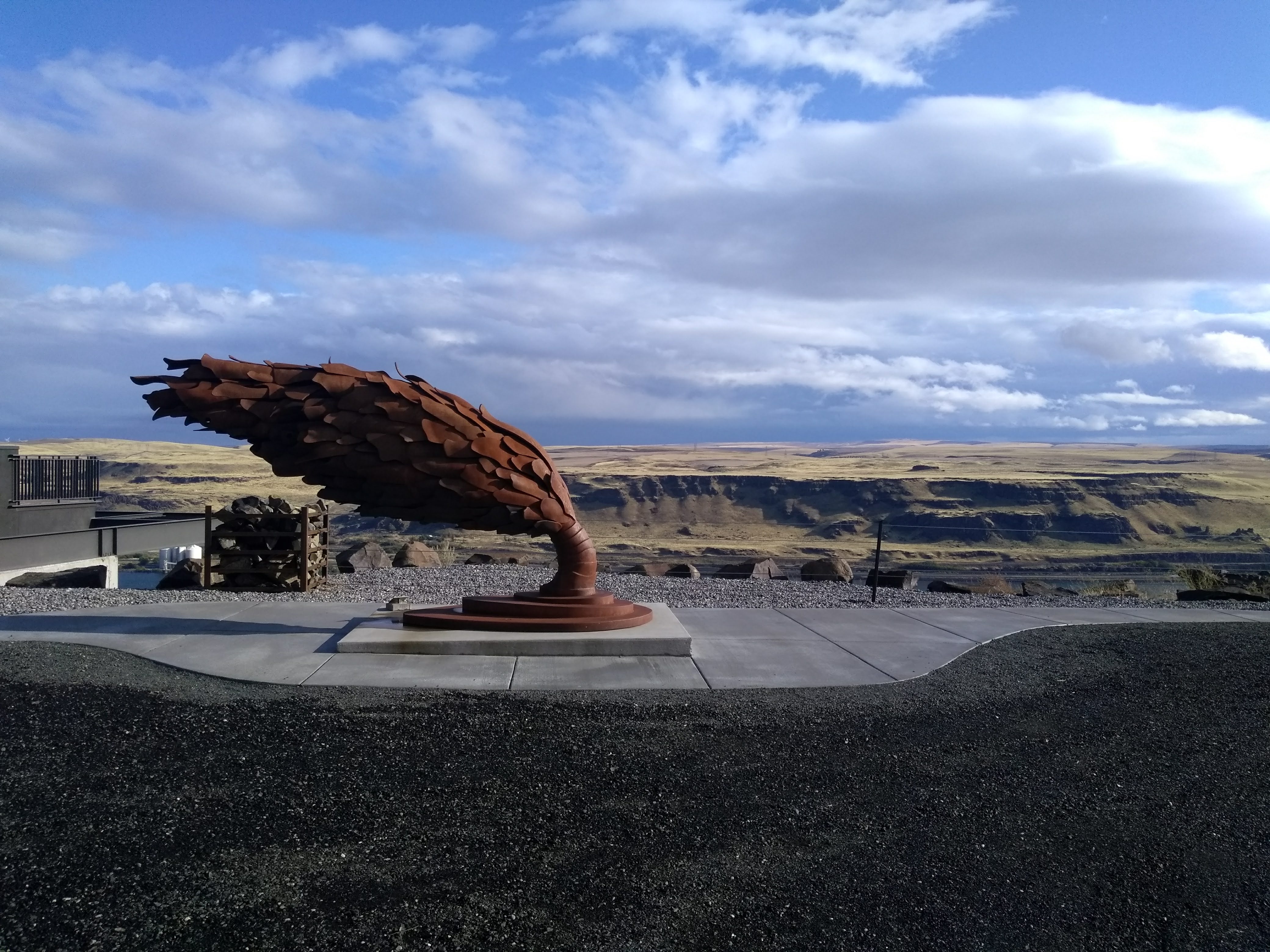 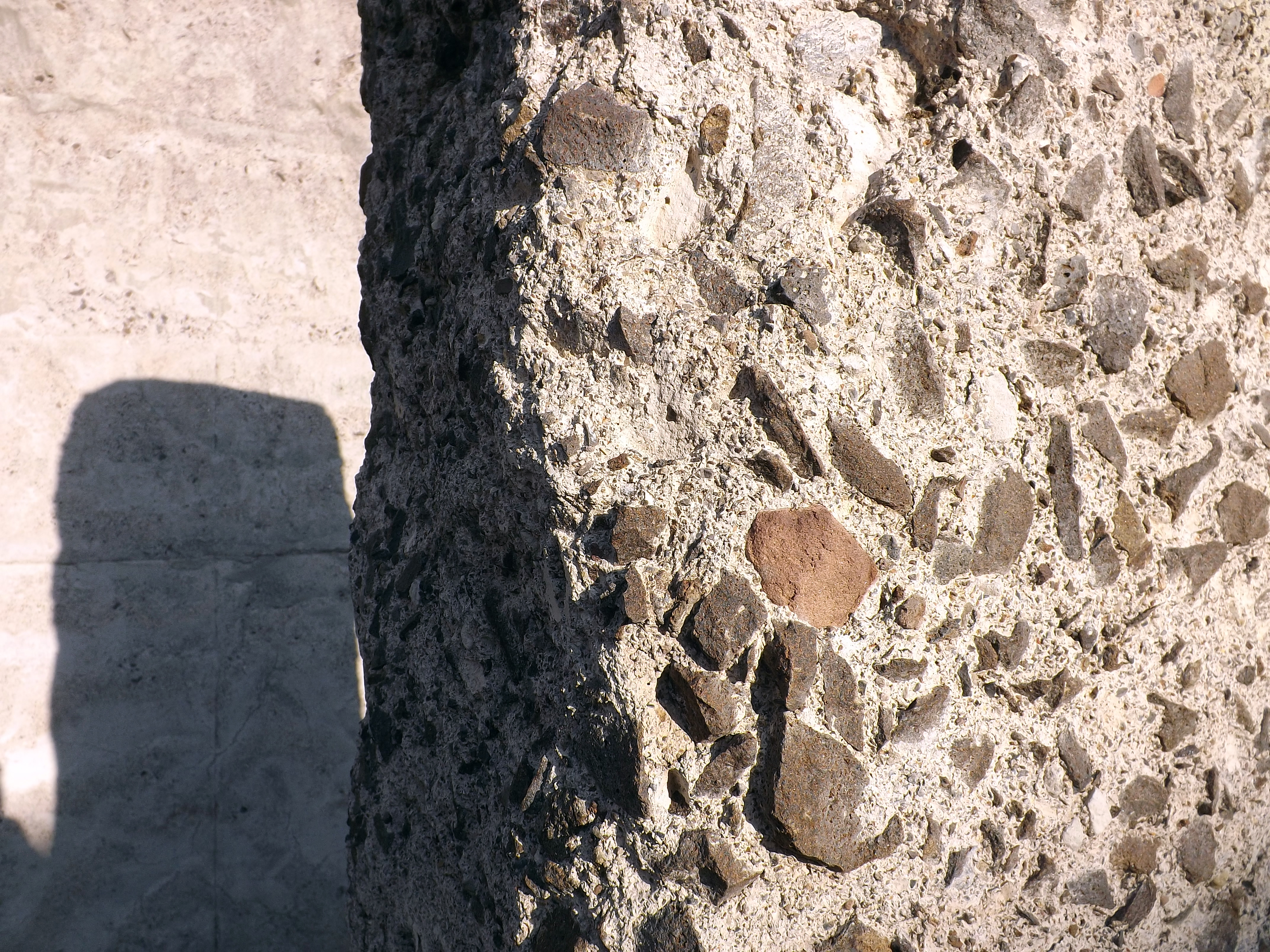 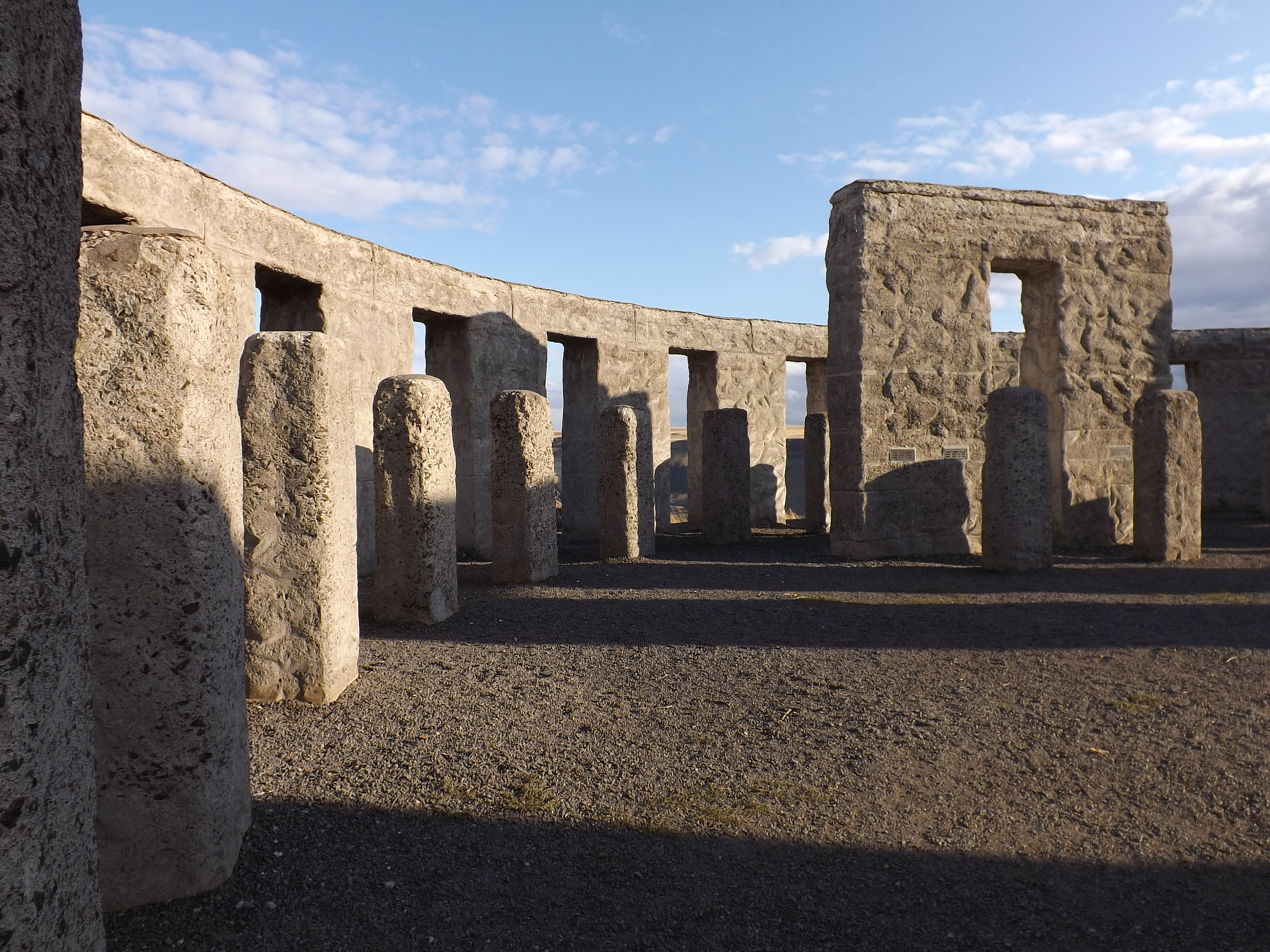