The New Shed at Pilgrim Firs 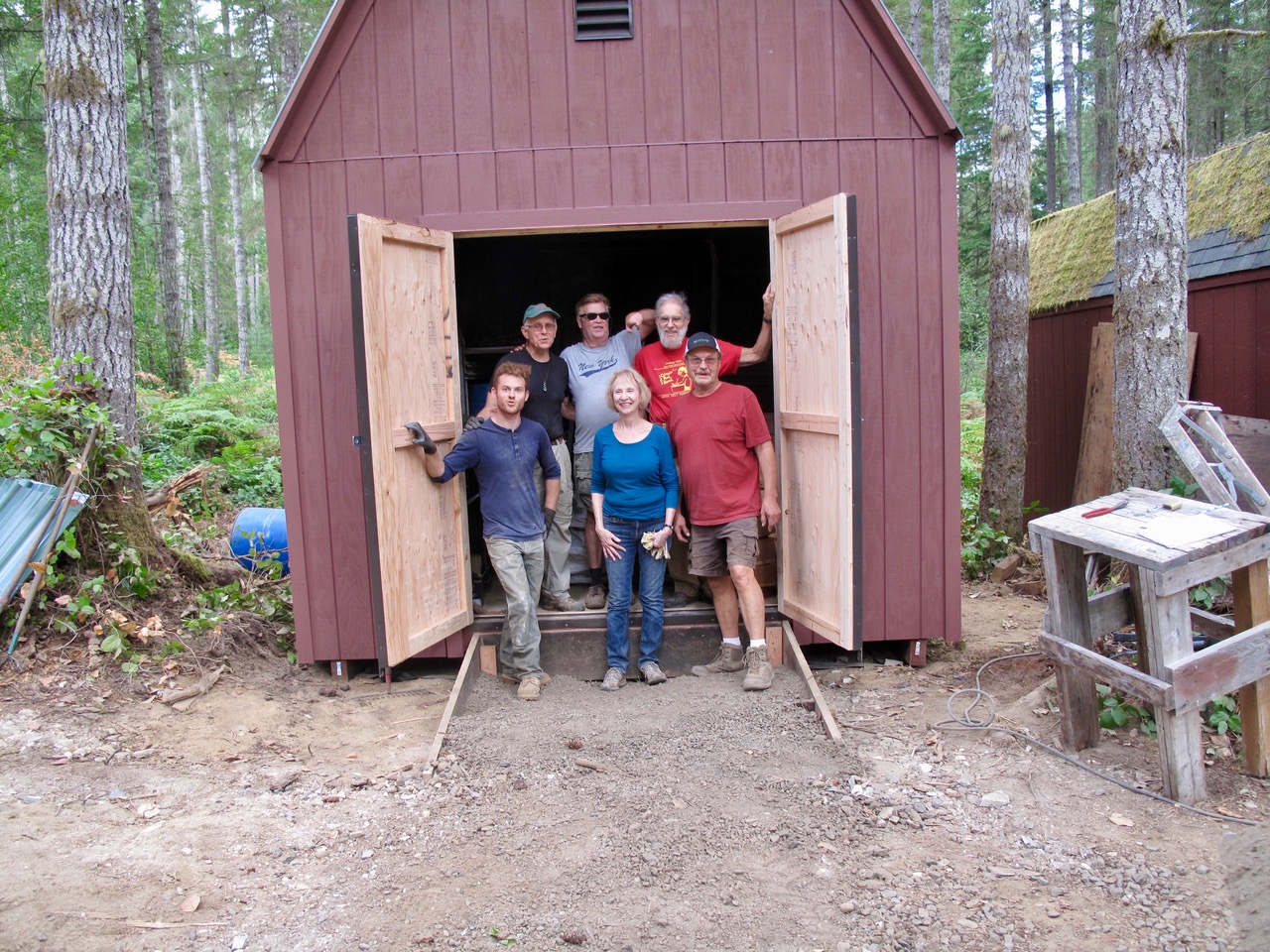 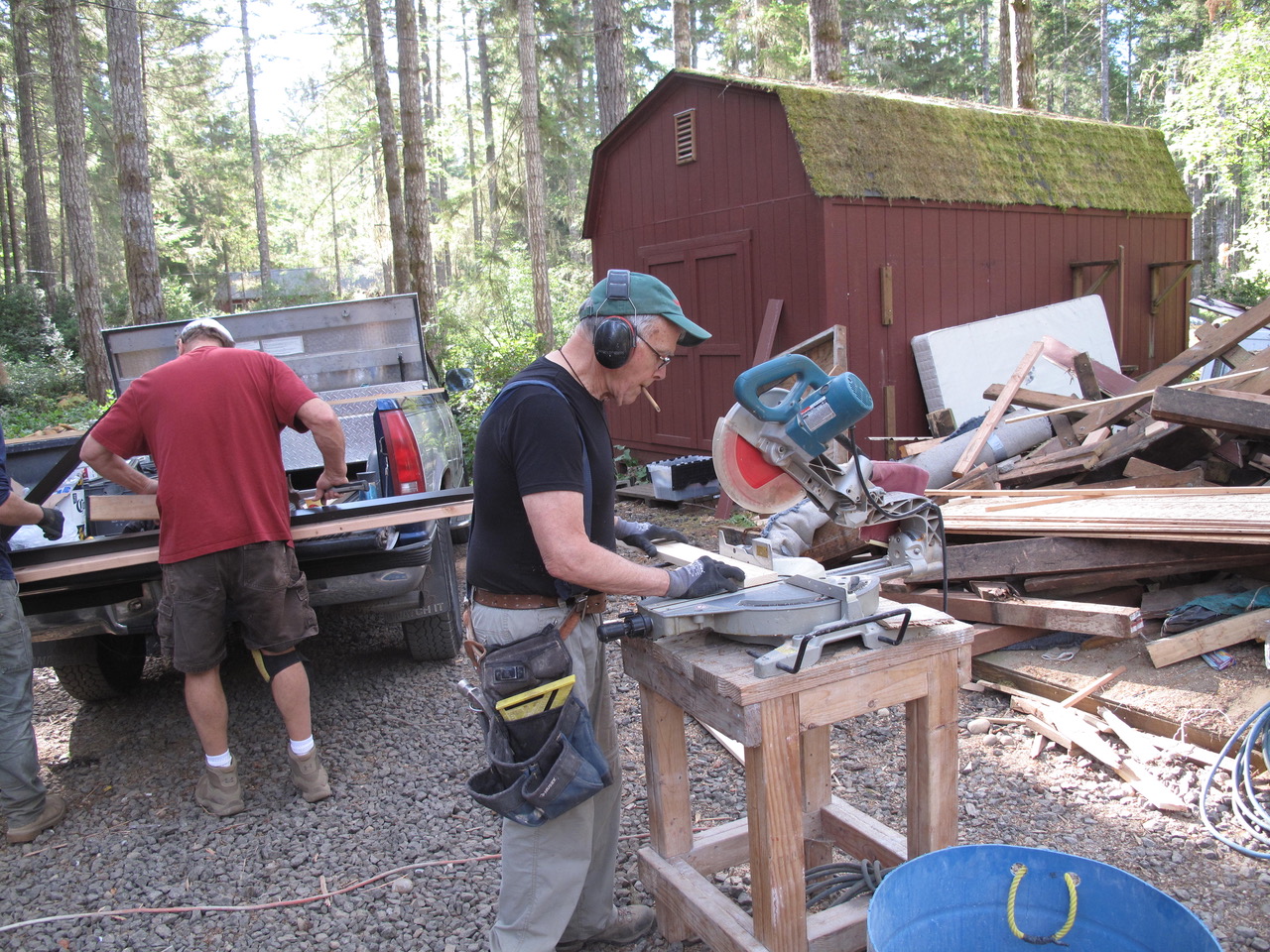 Gene Carlson, a retired builder with many years of experience, volunteered to be the General Contractor, Chief Architect, Excavator Operator, Materials Purchasing Agent, Lead Carpenter and High Climbing Roofer. Steve Sandry, another retired contractor, was the number one saw man. He did all of the cutting and fitting of the trim and built the doors. 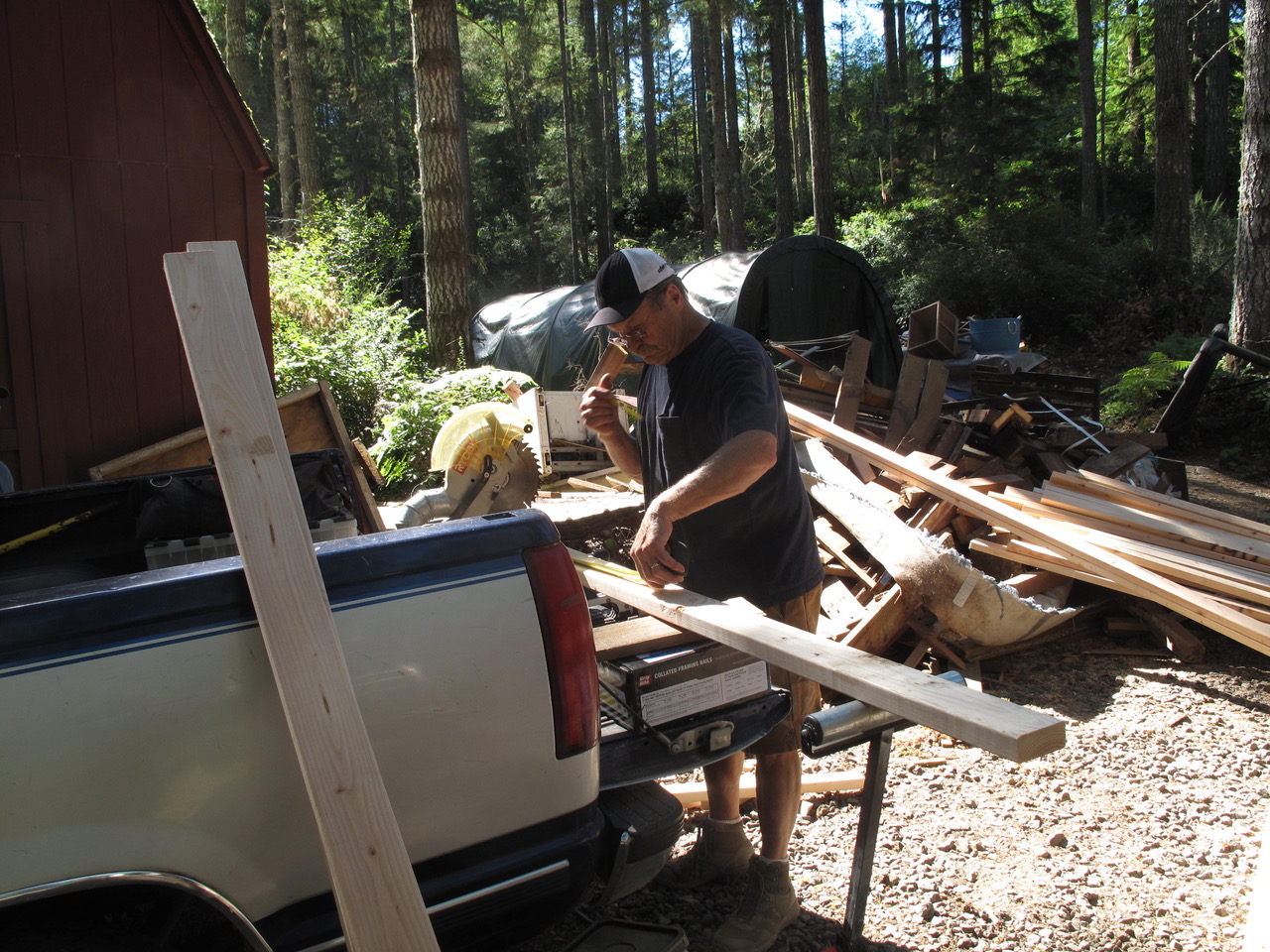 The project started on a very hot July 25, 2017. Gene had a small excavator delivered from a local rental company. It arrived on time at noon, and he had the area where the shed was to go cleared and leveled by late that afternoon. That included removing 2 large stumps. The next morning Gene returned and cleared some areas for the camp.

Next, building the shed. After contacting management at Pilgrim Firs, it was determined that the camp would be vacant on Labor Day weekend, they give their staff that weekend off. We were told that we could use a couple of cabins to sleeping bag in. So on a hot Saturday August 2, 2017, seven of us started building the shed. We installed the foundation blocks, and built the deck on them. Next, the walls were framed as the members for the trusses were cut and assembled. That night we had a potluck dinner of smoked pork ribs and corn on the cob. The following day we put up the trusses, put siding on the walls and sheathing on the roof. Some of the painting was done.

Thursday September 7, 2017, a smaller crew returned to finish the roofing, the remaining siding and the trim. Steve built and hung the doors and most of the painting was completed.
On the final day, September 12, 2017, we finished up the trim, the flashing and the painting. The last thing to do was to load up the shed with our tools, equipment, tables and tents. 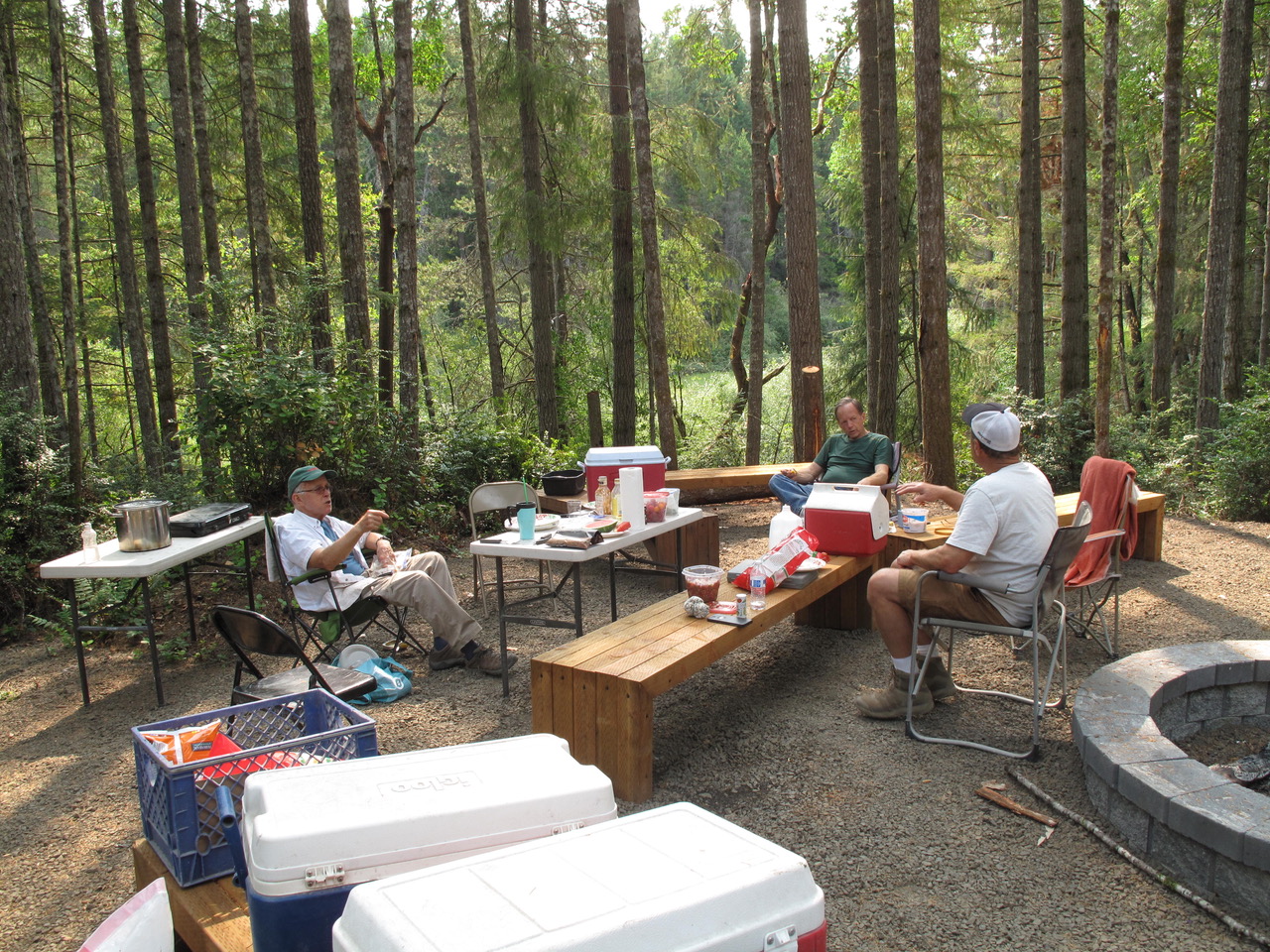 A special thanks to all of the extra help that we had that last day. NWSSA’s storage shed at Camp Pilgrim Firs was done.