This year marked the 30th Anniversary of our Washington symposium, our first at the Pilgrim Firs venue and a hallmark event for everyone participating. We had nearly 100 carvers here throughout the week communing and learning and inspiring each other. I asked for everyone to write down their experiences, impressions, and thoughts on the symposium, then spliced them together (Ending each person’s thought with a bullet point) for this expression of our shared community experience.
Thank you, contributors: Bill Weissinger, Carole Duree, Vic Picou, Cyra Jane, Deborah Wilson, Julianne Kohn, Barbara Davidson, Kirk McLean, Ed Salerno, Maya Kilmer, Tamara Buchanan, Leon White, Michael Timmons, Beth Krehbiel, Daniel Colvin, Sandra Stowell, Cherie Perry and Grant Bowman. 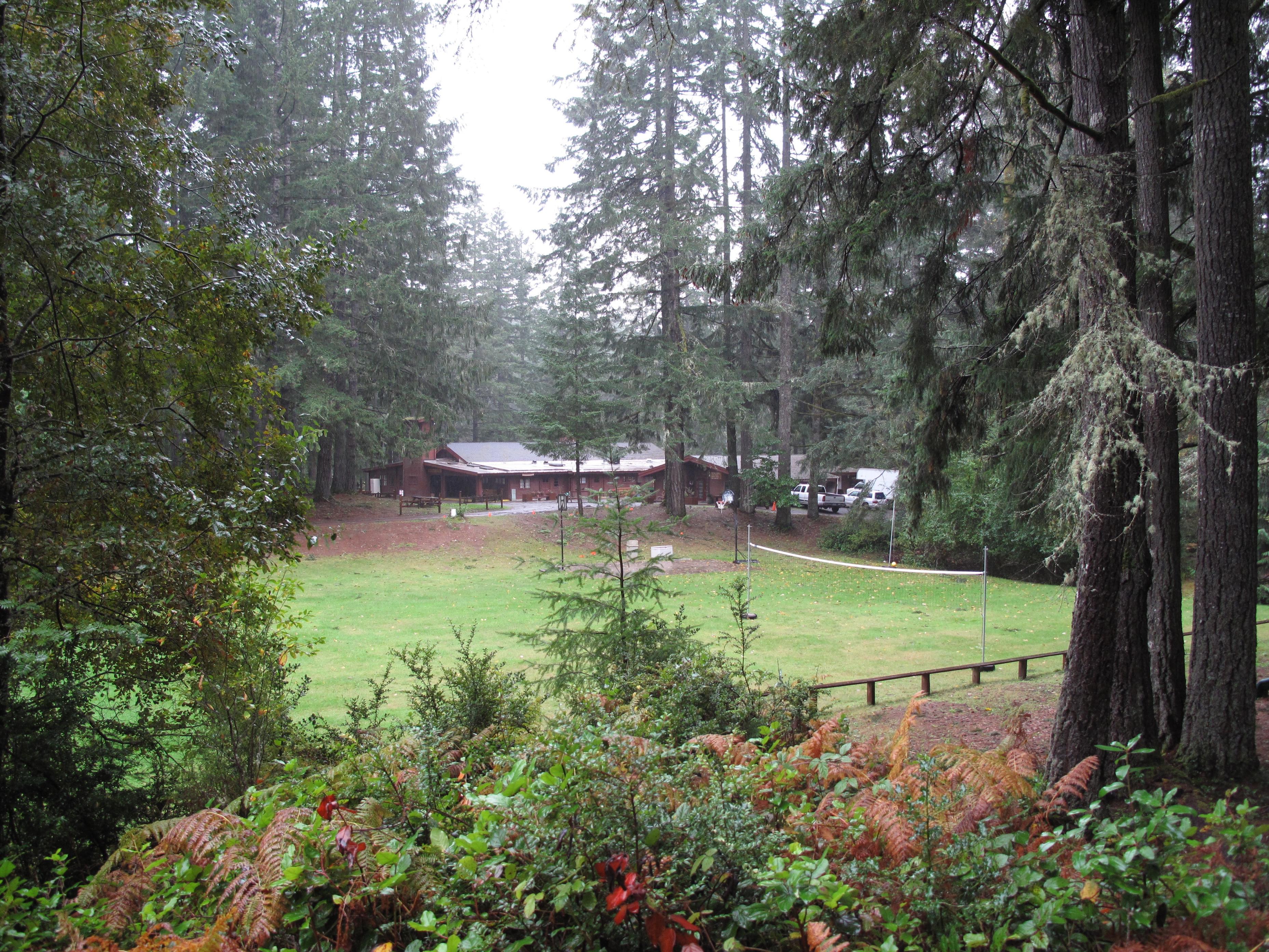 Thirty years ago a handful of stone sculptors from Washington State and British Columbia gathered for the first NWSSA symposium on a llama ranch in Pateros, WA. They carved, they moved boulders, they (you!) climbed a mountain at midnight for the Harmonic Convergence, and they, you, began a tradition that has enlivened a community that is today thriving. That first gathering was such a good idea, that you kept gathering, and the symposium quickly moved to and became known as Camp Brotherhood, officially as the International Stone Sculptors Symposium. Carvers came, and carvers kept returning year after year to this event and while I wasn’t around then (like many in the current work study generation, I was just starting my first rock collections and messing around in my grandfather’s shop during those early years,) from what I understand it’s because that, when all together, you, we, create a creatively stimulating and high-pitched energy through some awesome synergistic alchemy. Or because rocks are cool, or something like that.

This July, the symposium moves again to a new site called Pilgrim Firs in Port Orchard which is quite similar to the Oregon location at Suttle Lake. The new venue was scouted by the Board and discussed and voted on at the General Assembly meeting at Camp B. I’ve now visited the site 3 times and each time our party leaves with big grins because we’re all going to have a fantastic time there. Not that we wouldn’t have a great time in an open field, but the scenery and accommodations definitely help. 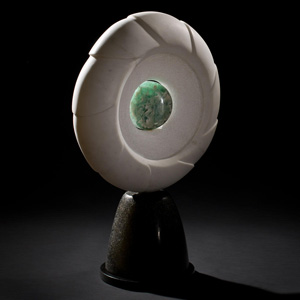 Joining us as a guest artist will be Joanne Duby, sharing hands-on tips and demos for repairs and finishing techniques. We’ll be supplying a wide range of products for her to demo with, which will go into the auction on Thursday evening. Joanne has a long history with the group and is very excited to be spending this week with us! Sculpturally, she’s done just about everything and has an extensive knowledge base to share with us. 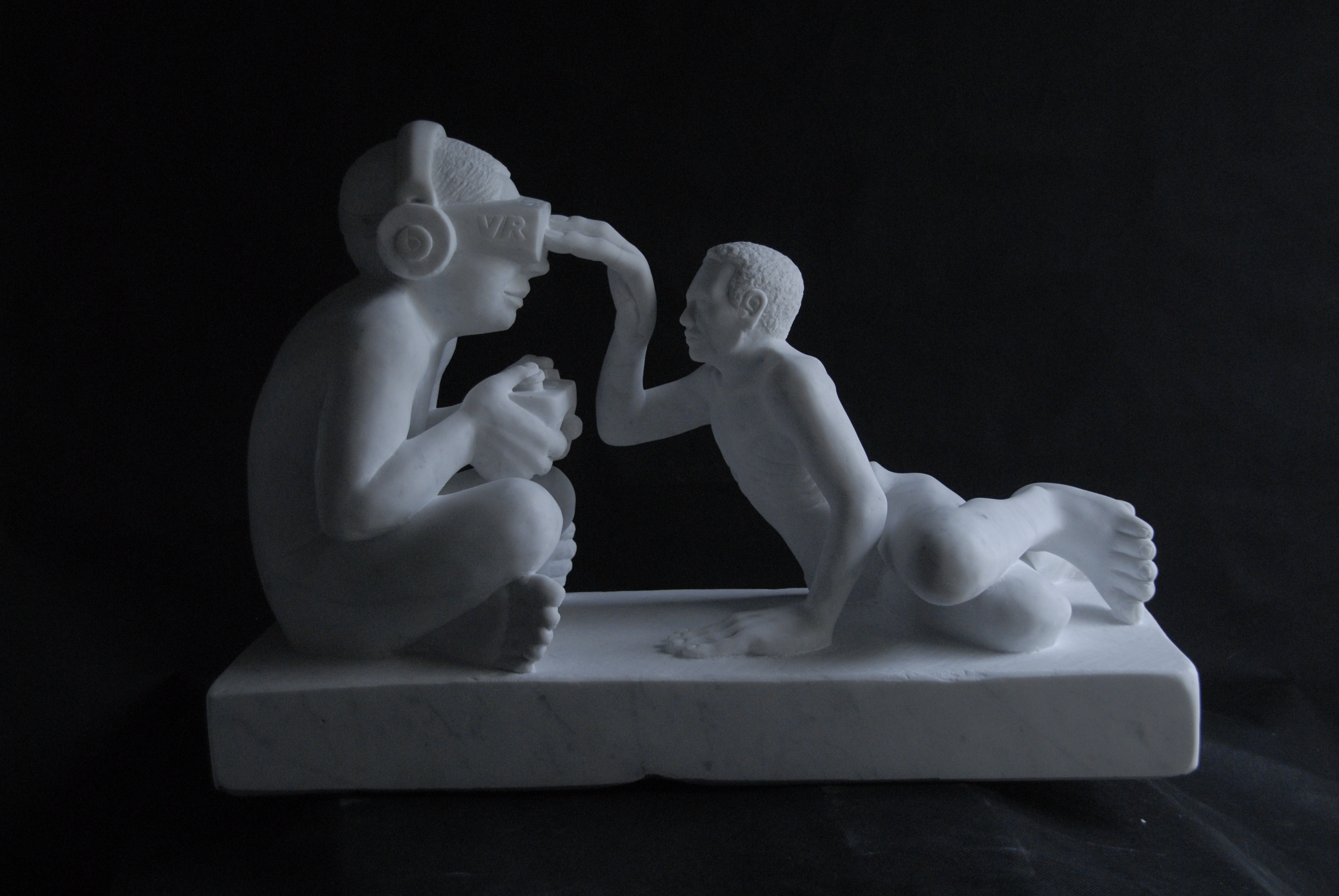 James Horan, flying over from Ireland, is another guest artist for 2017. This will be his first time with this group and in the Pacific Northwest. (If you google “James Horan Sculpture” you can find his website to check out his work.) James’ work is primarily figurative in marble, and his unique style and sense of humor is immediately recognizable. Go look at his “Behold Man: Apes with Guns” series. He’ll be carving a piece with us during the week and discussing “Direct Carving.” 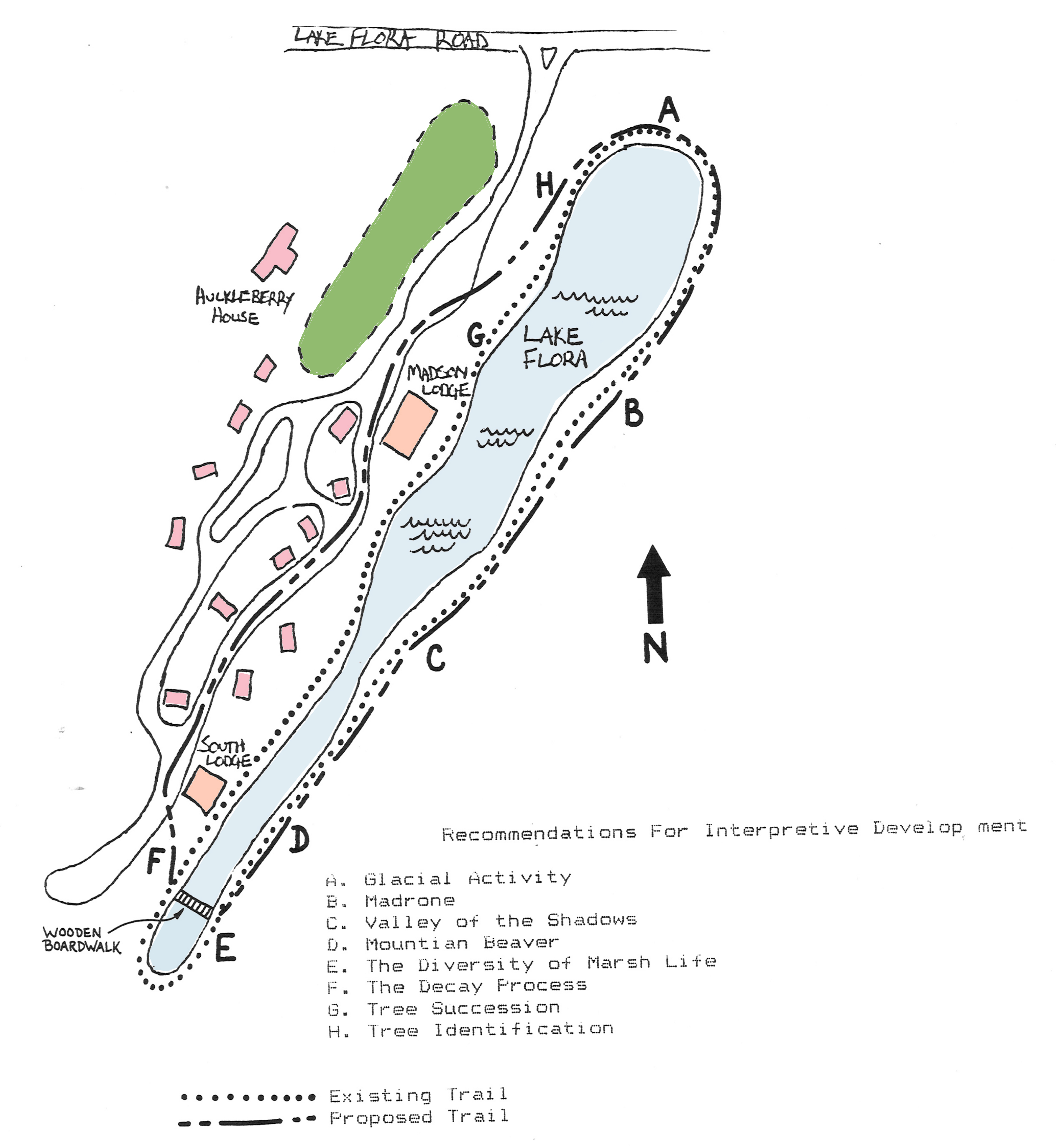 Pilgrim Firs Camp and Conference Center includes 120 wooded acres of which 40 have been developed with cabins, lodges and outdoor recreation areas for guest use. It includes play and sports fields, a lake with canoeing and kayaking, and a floating dock for swimming. There are hiking trails, indoor and outdoor chapel/meditation spaces, two campfire areas, basketball and volleyball courts and many secluded quiet places. It is located 3 miles from the City of Port Orchard and about an hour and a half drive or relaxing ferry ride from downtown Seattle.
Pilgrim Firs is owned and operated by the Pacific Northwest Conference of the United Church of Christ.

Accommodations
The Camp has two lodges with shared common areas and bathrooms with multiple dorm-style rooms that sleep 3-4 people each.
There are 11 duplex style cabins, each with private decks.
For those who like to commune with nature, limited space is available for tents or campers.

We invite you to join us at Camp Pilgrim Firs for up to eight full days of playing with stone, communing with nature, and enjoying the camaraderie of fellow stone enthusiasts. Bring yourself, your creative energy, your humor, tools, and a favorite piece of stone. If you don’t have stone or tools, we have an entire tent set up for beginners with tools and instructors.
The Camp provides cabins and lodges that are connected by walking paths through the forested grounds and three full meals a day, so you’ll have the ultimate freedom to delve into carving and making friends. Evenings are filled with slideshows, informational talks, a hoot of a fundraising auction, a music-filled final night party, campfires and even nighttime swims in the lake.
Stone and tools are available for purchase by our vendors.

Accommodations
The Camp has two lodges with shared common areas and bathrooms with multiple dorm-style rooms that sleep 3-4 people each. There are 11 duplex style cabins, each with private decks. For those who like to commune with nature, limited space is available for tents or campers.

Sculpture Walk on the Meadow Saturday, July 15th
We’ll host an outdoor art gallery that’s a perfect opportunity to show your work in a supportive and appreciative environment. We encourage everyone to bring a finished piece to display and to invite your friends! Bring pedestals if you have them. NWSSA takes a 20% commission.

Keepleft at the fork in the ramp.
Merge onto WA-16 W  via the ramp on the left toward Bremerton.
Take the Sedgwick Rd/WA-160 E exit toward Southworth Ferry.
Turnleft onto SE Sedgwick Rd.
SE Sedgwick Rd becomes Glenwood Rd SW
Stay straight to go onto SW Lake Flora Rd

What to Bring to Camp Pilgrim Firs

What To Bring To Camp Pilgrim Firs Conference and Retreat Center

FOR YOUR WORKSPACE BRING:
If you use air, power or water, please bring:
current 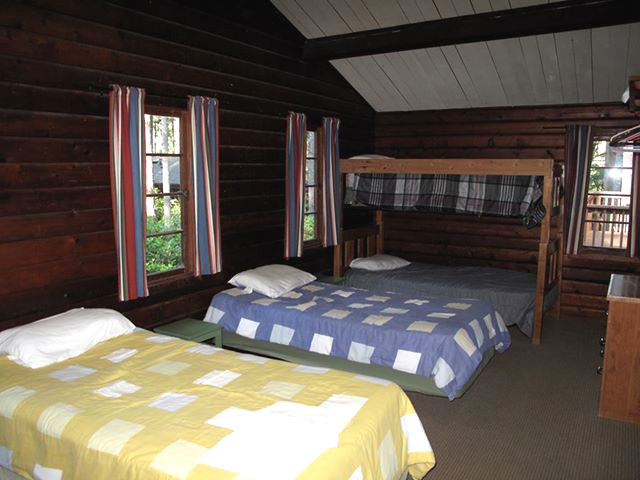 PERSONAL STUFF:
Please leave your dog at home. We love them, but they are not allowed at camp.
New posturepedic mattresses, bedding and extra blankets are provided in Lodges and Cabins.
There will be a mid-week towel exchange at the Main Lodge.
Bring your own toiletries, toothbrush/paste, soap, shampoo, etc.
Sunscreen & bug spray.
Bring your swim suit and towel—Lake Flora has a swim dock and kayaks are available.
Appropriate footwear and clothing for rain or shine as the NW weather is very variable.
You are at Camp - bring a flashlight or teddy bear if need be. 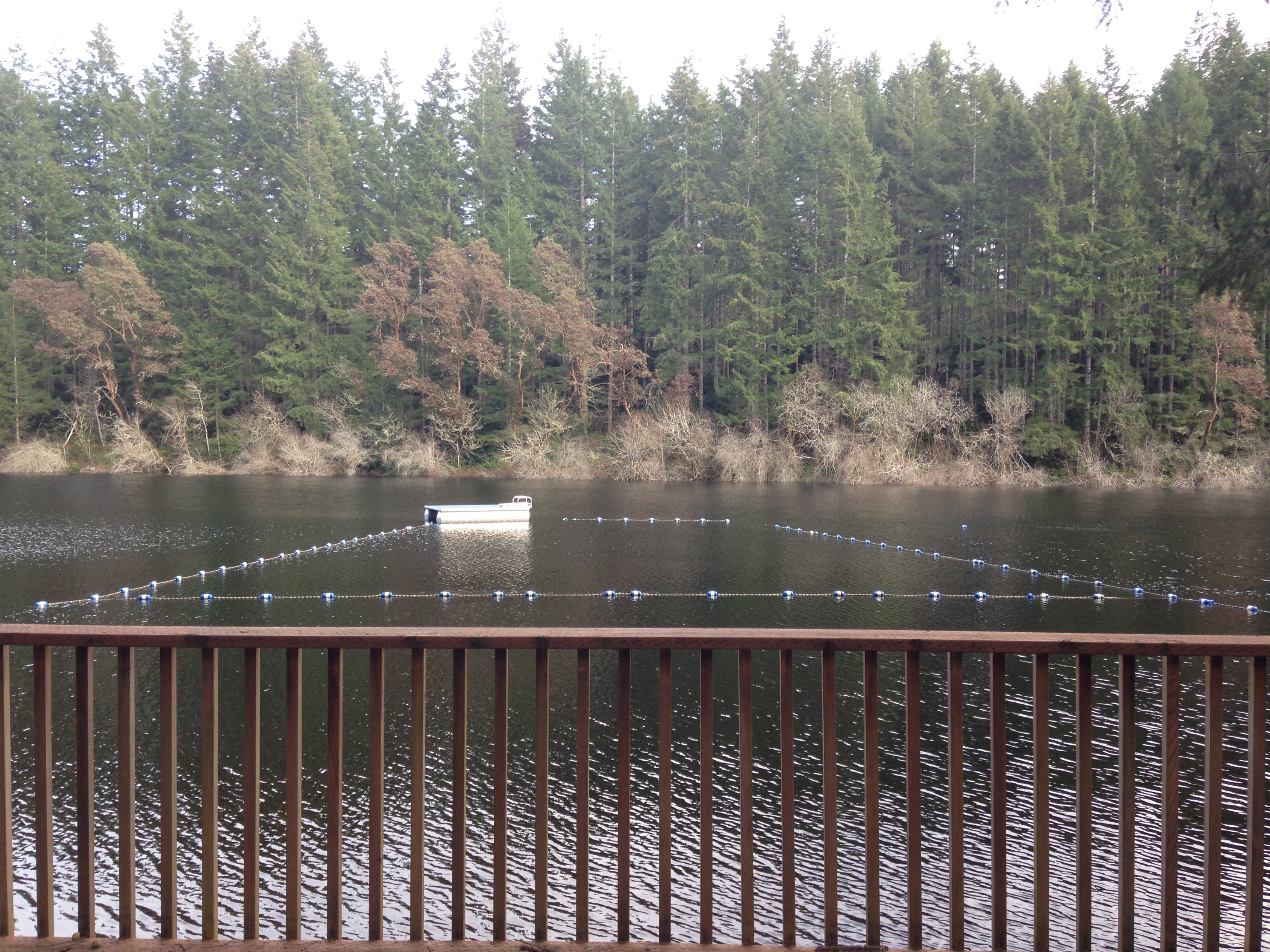 MORE FUN STUFF:
Fishing gear - Lake Flora is stocked with fish!
We’re right on Lake Flora: Bring your swimsuit, pool floaties, remote control boats, squirt guns, etc.
A camera - we may ask you for pictures for next years’ brochures.
Bring your memories and photos of the past 30 years at “Stone Camp”
Bring drums, guitars or anything fun and musical for around the campfire.
Bring GOOD dance music or a disco ball for the party.
BYOB – to enjoy after the power is off, during dinner or around the campfire.
Bring items to donate to the auction.
Bring items for a tool swap meet.

SCULPTURE RELATED:
Bring up to 3 pieces of sculpture to show at the Art Walk on Saturday, as well as pedestals if you have them. (There are a limited few for use).
We especially encourage beginners to display sculpture - even if it's a "Work In Progress"!
There will be a 20% donation asked of you if you sell a sculpture as well as the WA state sales tax.
If you have a sculpture you would like to donate to the scholarship auction, you will receive 30% of the sale.

DIET:
If you have special dietary considerations, you need to be responsible for them yourself. The Camp will do their best, however, they are cooking for large numbers and cannot fill all special needs. There are kitchenettes in the Lodge and a few of the cabins to store & prepare meals.