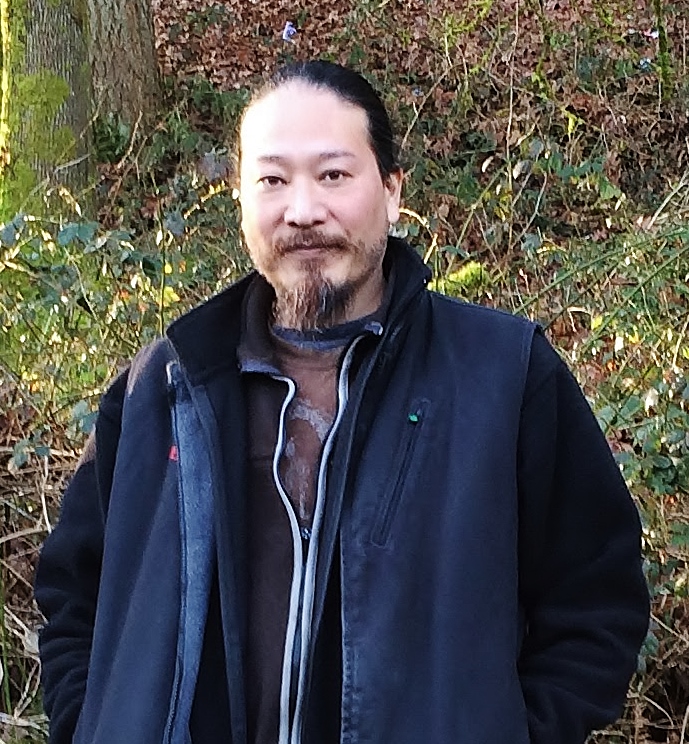 I was born and raised in Guatemala. My parents, both Japanese, met in Guatemala and had a family and, in fact, they still live there.

In the 60’s, it was very rare and difficult for a young Japanese artist/designer to get out of Japan, but it was rarer still for a single woman, in her early twenties, to go out of Japan. It was pretty much unheard of at the time. Even today, I am constantly surprised at the resistance some young Japanese people seem to feel about going outside of Japan, let alone altogether moving out of it. So, you might say that the two black sheep that were my parents, met in Guatemala and raised a family of black sheep. (Their life story is a lot more interesting than mine.) 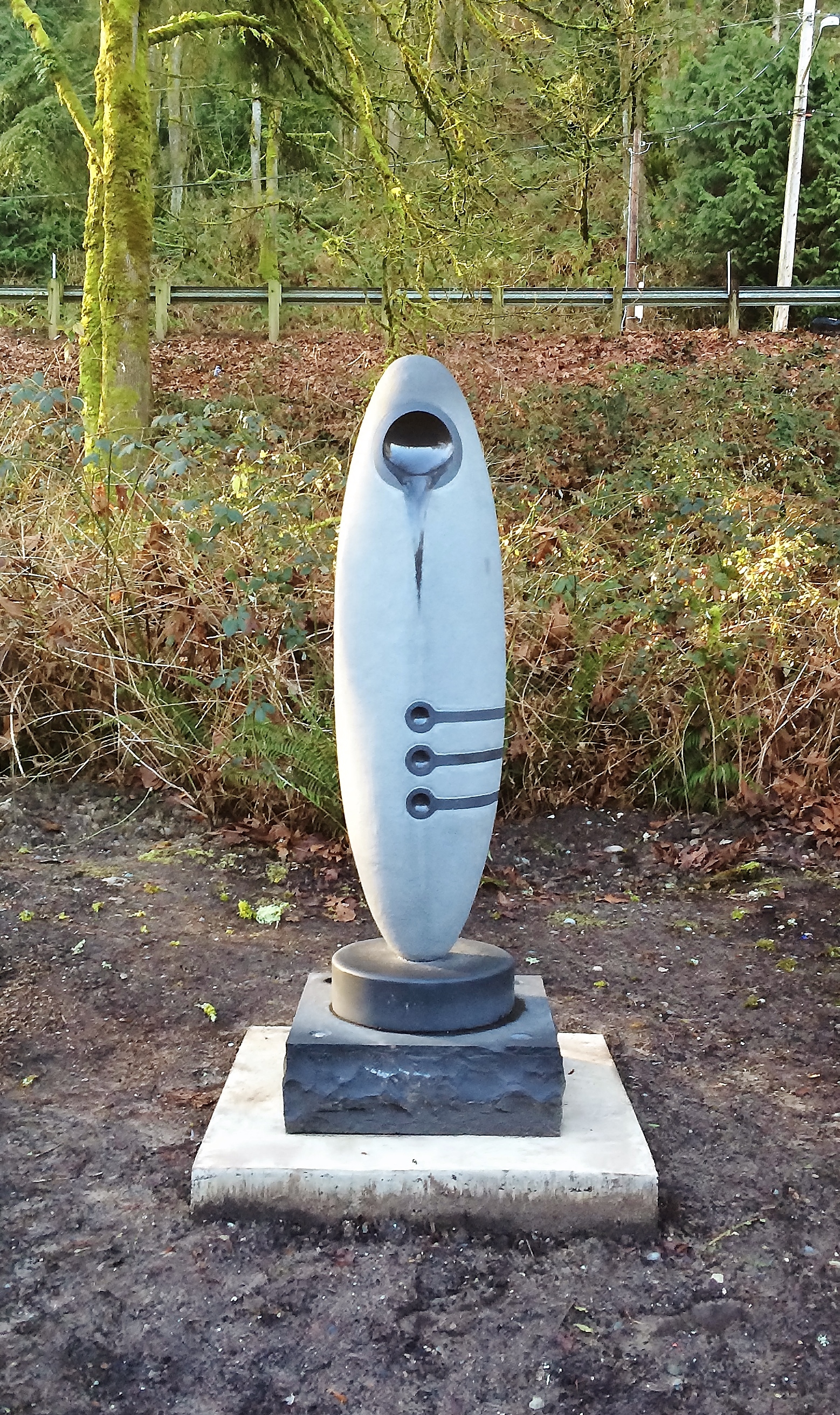 My father graduated from Tama Art University in Japan and is a natural dye expert and a Mayan archeology enthusiast/researcher, amongst other things. He was an undeniable influence in my involvement in art.

One of the many things my mother does, is to weave. She had learned the many styles of traditional weaving in Guatemala over the decades. She is the first non-Guatemalan artist to have a solo show in the Museo Ixchel, The National Textile Museum in Guatemala. 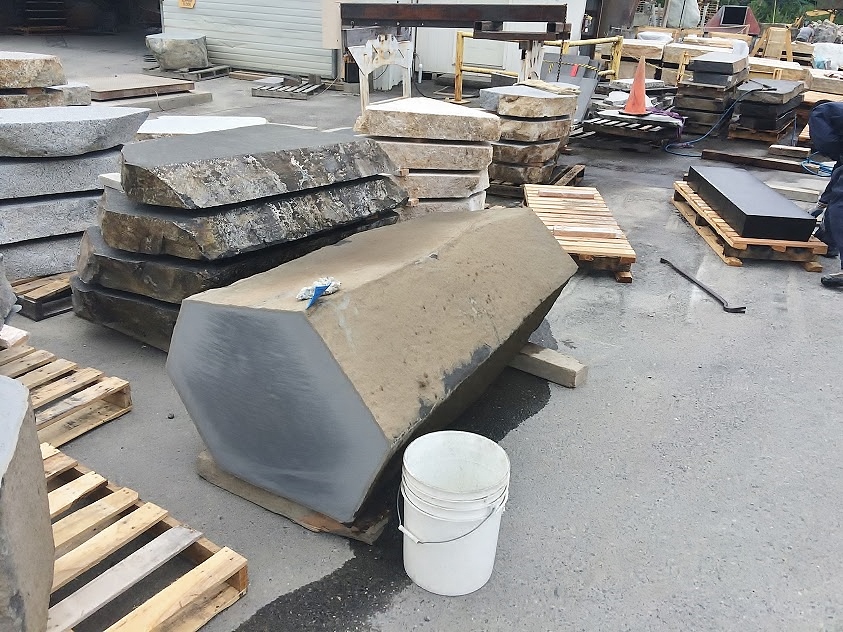 They had a very contrasting style in encouraging my siblings and me to make art. My mother would praise just about anything we came up with, where my father was notoriously difficult to impress. I don’t think I heard my father compliment my work until I was well into college. But, strangely, my father’s no-compliment approach never felt discouraging. Like many other things, I guess he wanted to make sure we understood that we are doing it for ourselves and not necessarily for him. The same way my parents never said anything about our grades. No reprimand for bad grades, but no reward for good ones. (With one notable exception. But, that was because in 8th grade, my “experiment” went fantastically awry. A story for another time.)

My parents’ influence extended to both my siblings as well. My sister was an illustrator (who hasn’t picked up a brush in a while. Apparently, having a baby and raising a baby does that to some people) and my brother is a graphic designer (though he says he is an “art director” or something, now). 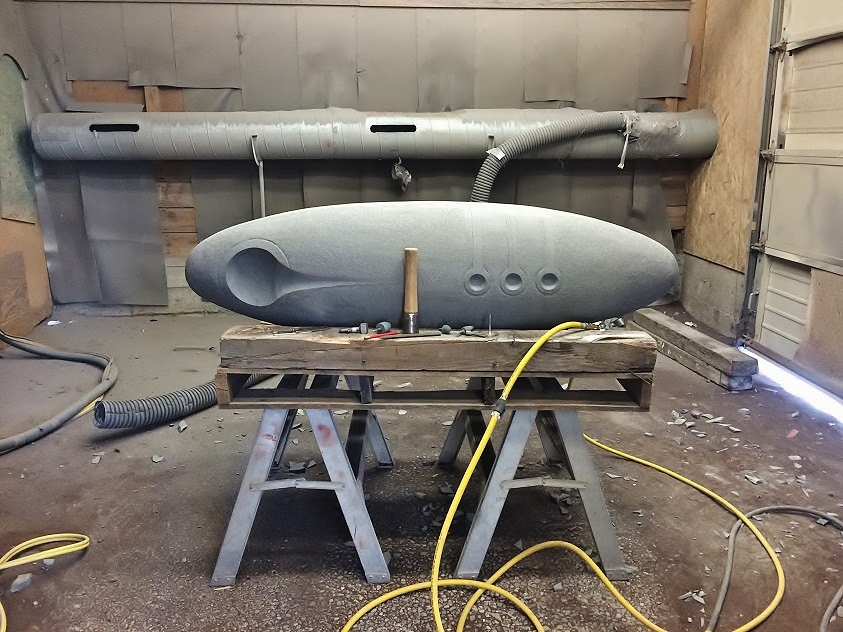 Every year, my father taught the students of the Japanese school how to do batique with indigo. He would dye several batique pieces for each of us kids every year. We would make the design and my mother would apply the wax onto the cloth and my father would dye it with indigo. When we reached the age of ten he let us apply the molten wax onto the cloth with a brush ourselves. This process could’ve been dangerous. A very trusting and gutsy move on my parents’ part, looking back. (I remember a time when a family friend asked my father, “What is the secret of child rearing?” My father, without missing a beat, replied, “Free range breeding.”)

He would also take my brother and me to Mayan ruins. He would teach us how to read Mayan hieroglyphics. This was extremely fascinating to me. Mysterious people, very distantly, but somehow related to us Asians, did mysterious things long ago and left these magnificent stone monuments. Those strolls through Mayan ruins were the little beautiful jewels I would keep in a heart-shaped box somewhere inside my chest. Often, the ruins were in an overwhelming tropical jungle (where you quickly realize that you were food.) But, other times, the ruins would be at the edge of the city, partially under houses, which was heartbreaking to see, even to a child’s eyes. 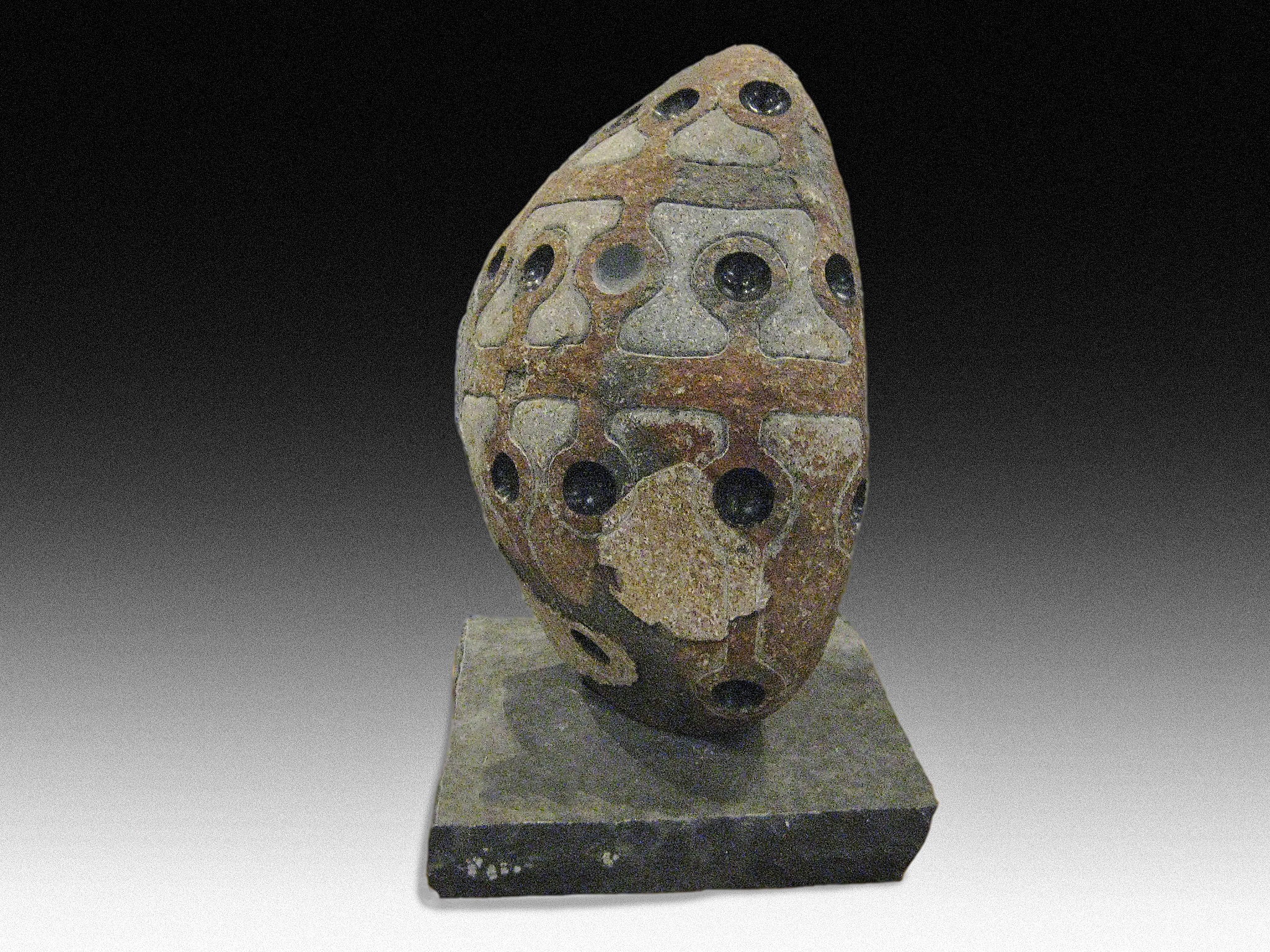 These trips undoubtedly influence my aesthetics somewhere deep. So deep that I am not aware of it until it is pointed out to me.

Another obvious influence was the Japanese aesthetics, traditional and modern. Its cleanness of design, its relentless simplification, and, its wabi-sabi sentiment. This influence, too is so fundamental to me that I could not begin to untangle it. But, I have been told many times that some people “understood” my work in the context of me being Japanese (is that a good thing?) 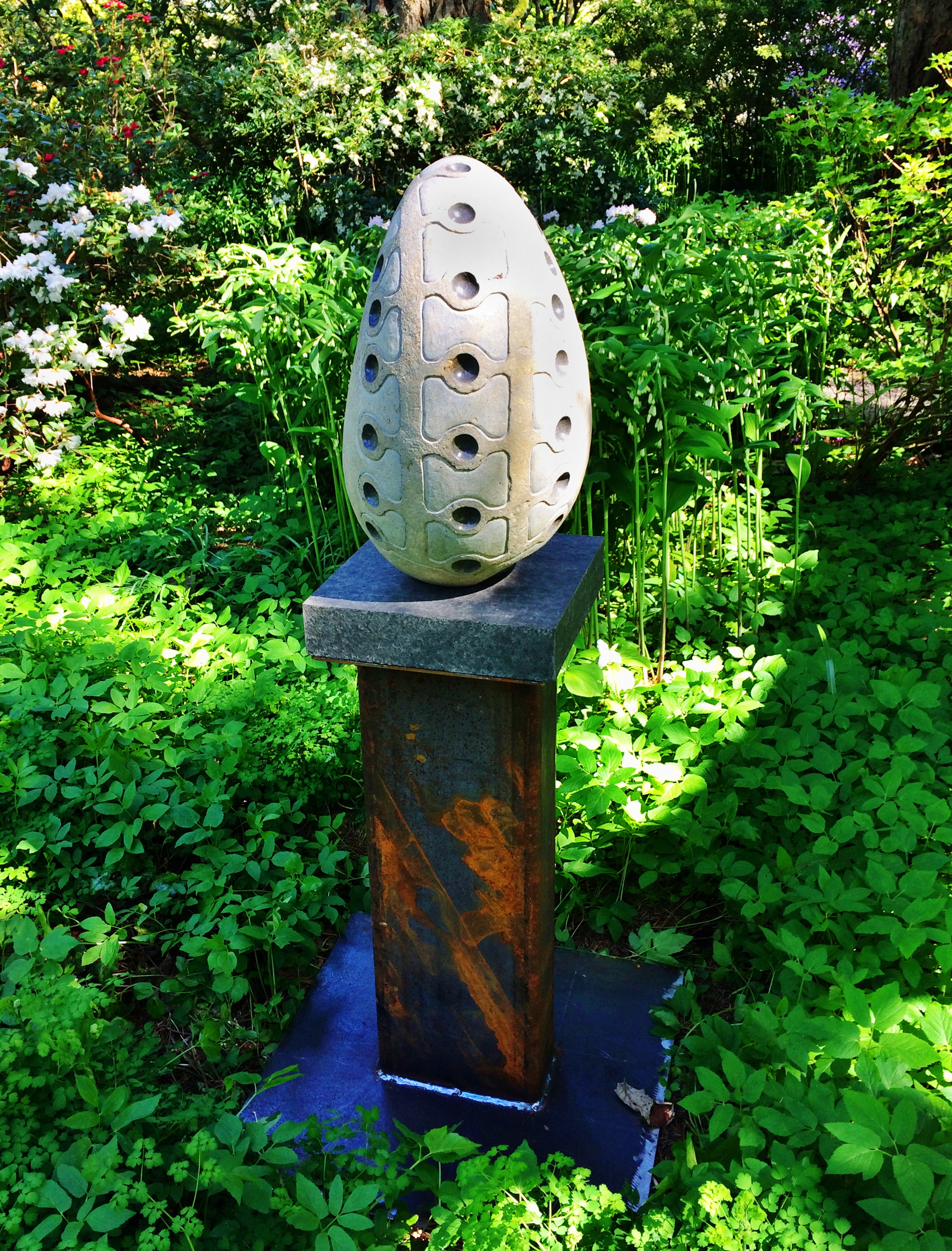 Trips to Japan as a toddler and the visits thereafter deeply saturated me with Japanese esthetics that are surprisingly difficult to pinpoint when you try to dissect and analyze them.

I majored in art at College of William and Mary. There, I encountered sculpture. At the start, my concentration was two-dimensional art, so I pushed the required Sculpture 101 until my second year. After I could no longer delay my three-dimensional requirements, I took Sculpture 101.

I “converted” as we used to say. There was something more immediate about sculpture that I loved. After my encounter with sculpturing, I found out, while I still loved them, drawing and painting seemed a little more aloof, little more distant, little indirect. Sculpture, especially stone sculpture, on the other hand, felt more like standing on earth, barefoot, exploring the form blindfolded, more primitive, more direct. I felt the excitement of finding a vast field to be explored and discovered. (I still draw all the time. To me, drawing is the basis for everything.) 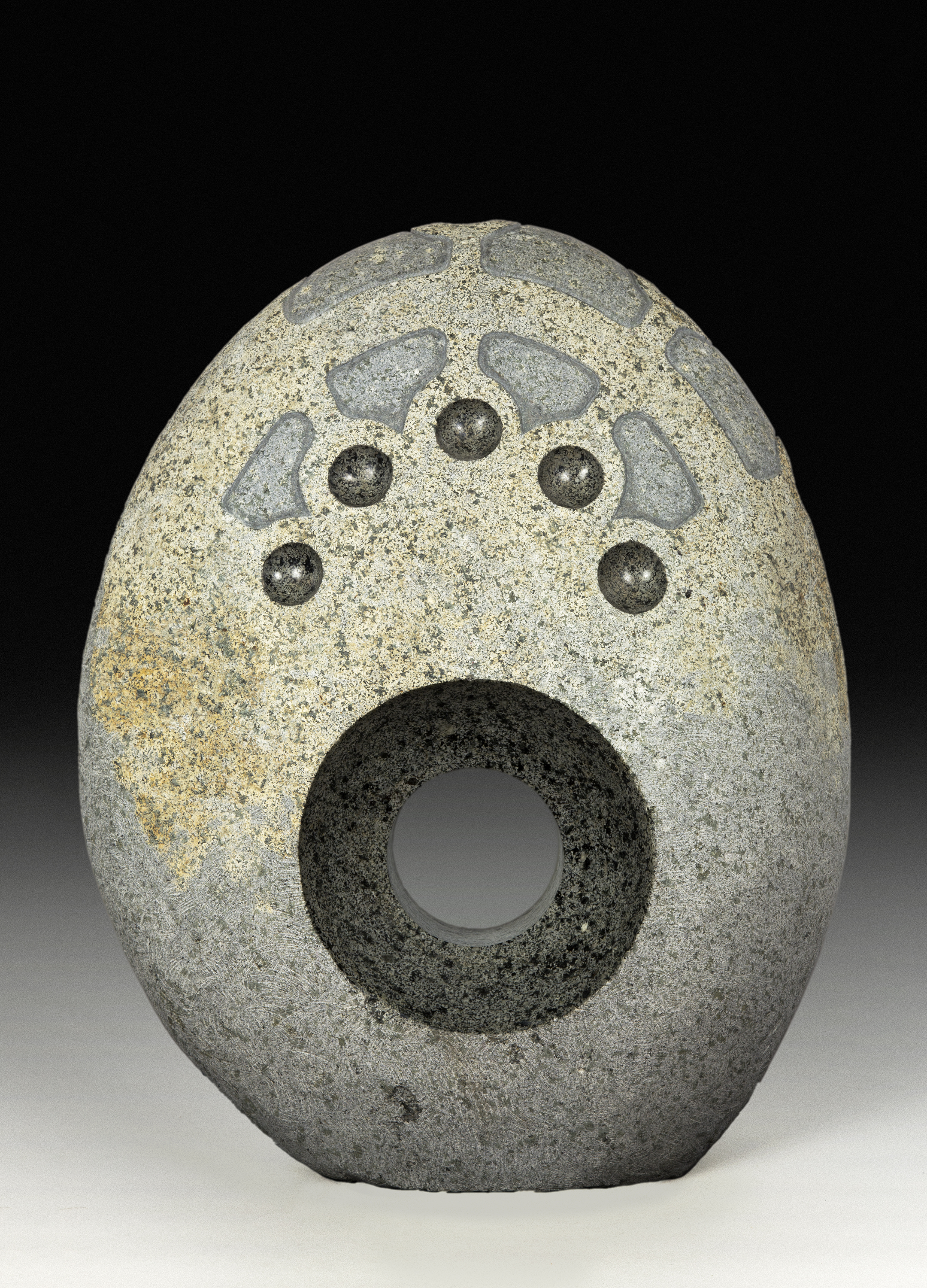 As for where on earth my passion for stone came about? Recently, I was reminded by my family about my stone collection as a child. I did collect stone. I remember. Why? Why is a child fascinated by anything? Some of my friends loved toy cars, some of them collected shell casings of bullets, I collected stone.

After college, I moved to New York City. New York City is an intense city of artists, but that is not why I moved there. I had about $30 to my name after purchasing my one way ticket to the City. My aim was my brother. He lived in NYC and I needed a place to live, so it was NYC. Had he been in Memphis, Tennessee, I would’ve gone to Memphis, Tennessee.

About 3 months into my stay in NYC, I finally found a job. To put it short, I found the job by multiple layers of fortuitous mistakes and miscommunications. I will spare you the serendipitous and long winding process on how I got there, but the job was at a sculpture supply store.

Not long after I started there I became the de facto manager (which was not difficult, because there were only handful of us working there.) I met a huge array of nationally and internationally famous sculptors. It was around this time that I decided, I don’t necessarily want to know about the artist that produced the works I liked or know what they were thinking when they made them. When I did find out, it was often disappointing, and I would have rather stayed with my interpretation and fantasy about the work. 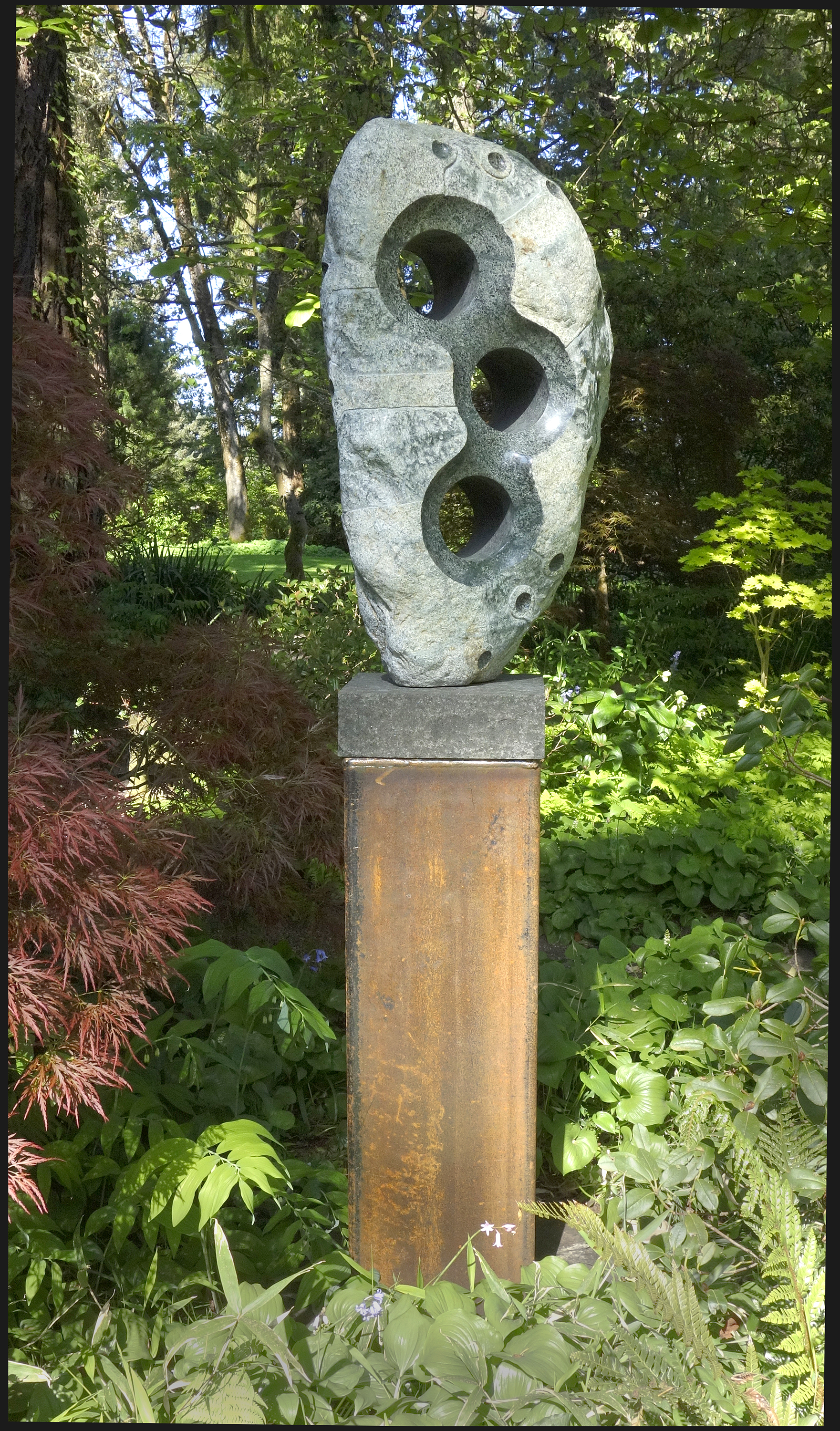 I became good friends with some big-name sculptors (ones that adorn pages of the contemporary art text books) and some of them asked me if I would run their NYC studio. I would’ve loved to. I would have dropped everything and done that, if it was not for my visa status. My life would have been so different had I risked it all and jumped at the opportunity. But, then again, it could have been disastrous. (I still think about this from time to time.) (By the way, I think “stone sculpting in NYC” should become a shorthand (long hand?) for “crazy” amongst stone sculptors. I used to sculpt, equipped with a respirator, in a windowless basement with a huge industrial dust collector sitting on the floor, roaring and rumbling the entire time I would carve. My friends that didn’t even have an access to a basement, would “guerrilla carve.” They would invite themselves into abandoned buildings in the industrial areas of Brooklyn and carve (noisily, but secretly). 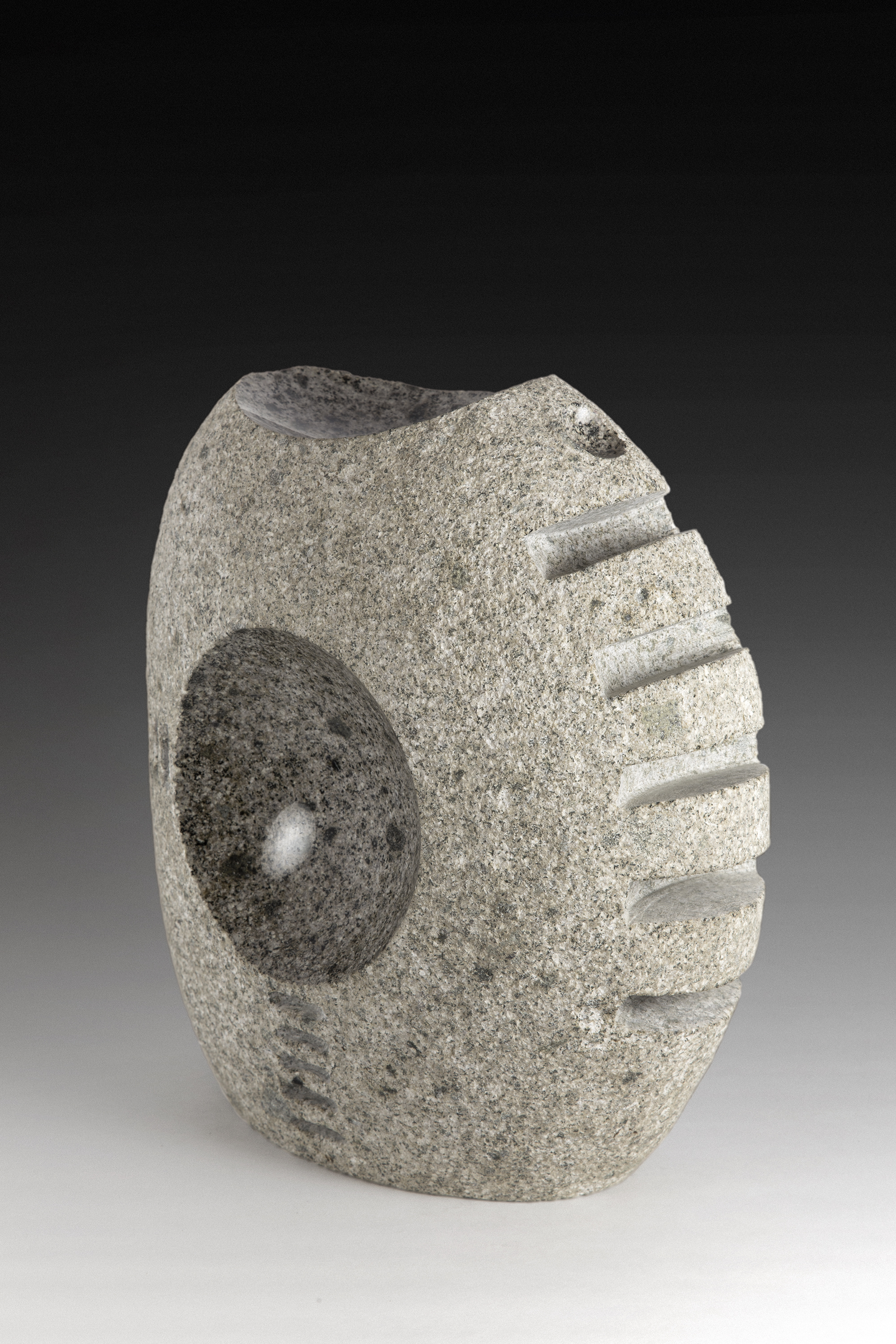 After 8 plus years in NYC, I got onto another serendipitous and winding path that landed me in the Pacific NorthWest (no mistakes this time.)

I now work at a stone supply yard. I cannot think of a better place for a stone sculptor to work.

When you grow up in a situation where you are always in the absolute minority, you naturally start to wonder who you really are. Where do I belong? I am a stranger in Japan, stranger in Guatemala, and stranger in USA. One could always say, I am an Earthling, like everybody else, but that lacks the immediacy and the reality of how it feels. Over the years, I have realized that it is very strange and often inaccurate to be defined by what is outside of you. That meant that I could not “go look for” my identity out there, but rather, I had to create it. I am my identity. Sounds rather ho-hum to state it as such, but, this was very liberating for me. Your identity should never be about your perception of how other people see your identity as being. You get to create it. It was always so, and to a lesser conscious degree, it is so for everybody, I am sure, even for those who don’t stop and wonder.

Sculpting stone is definitely part of my identity. An identity that I often ask myself, why, why do we do this to ourselves. 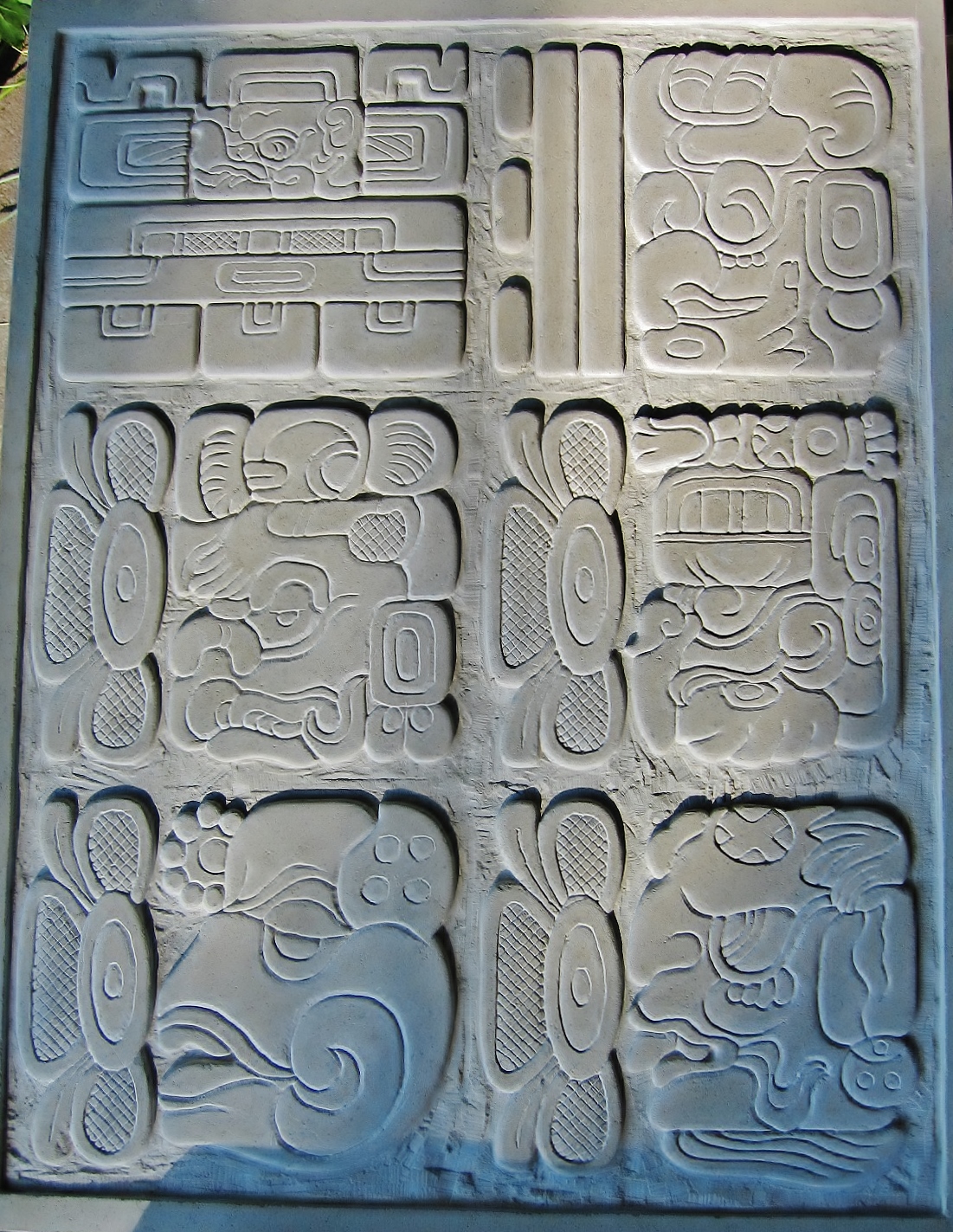 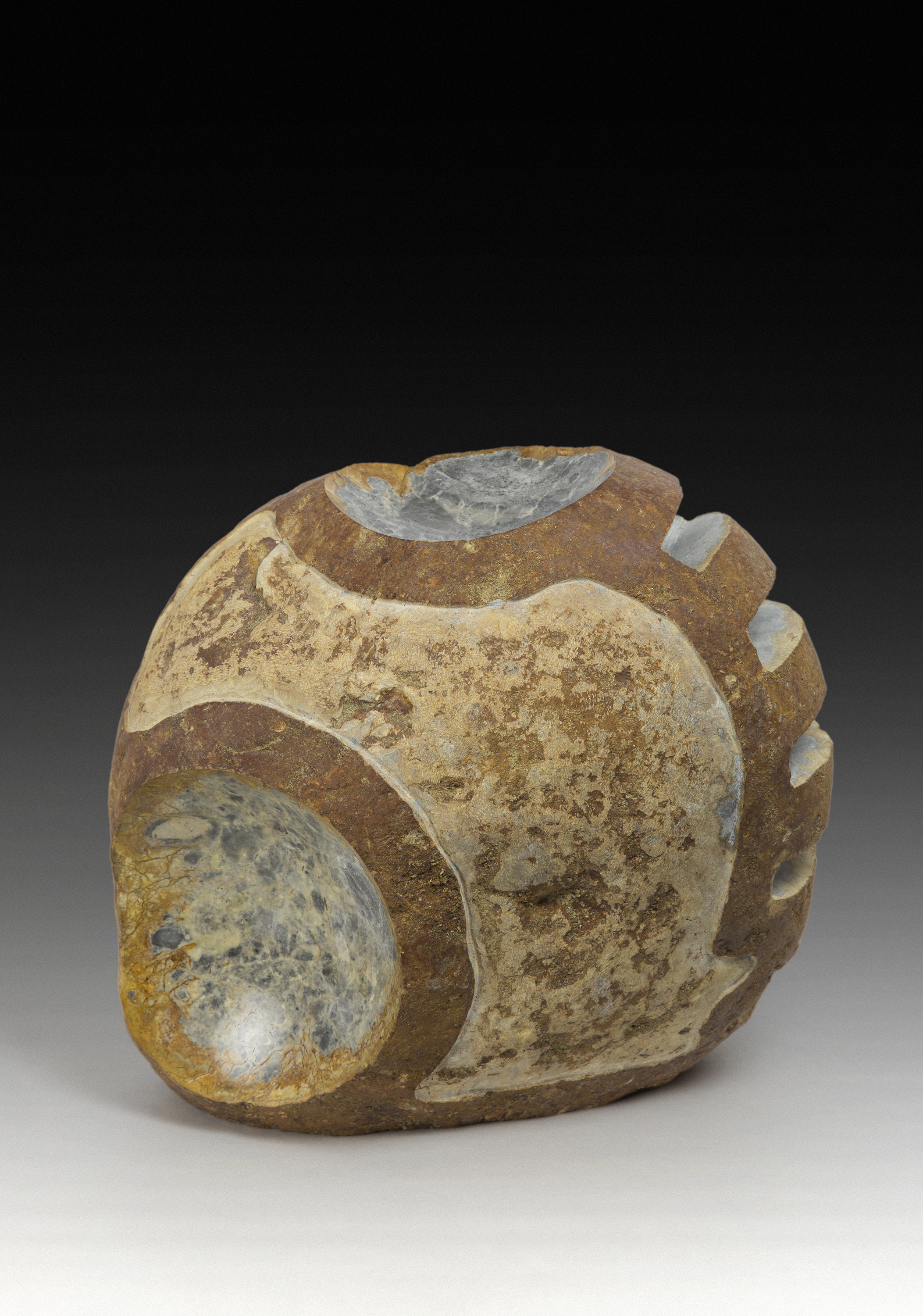