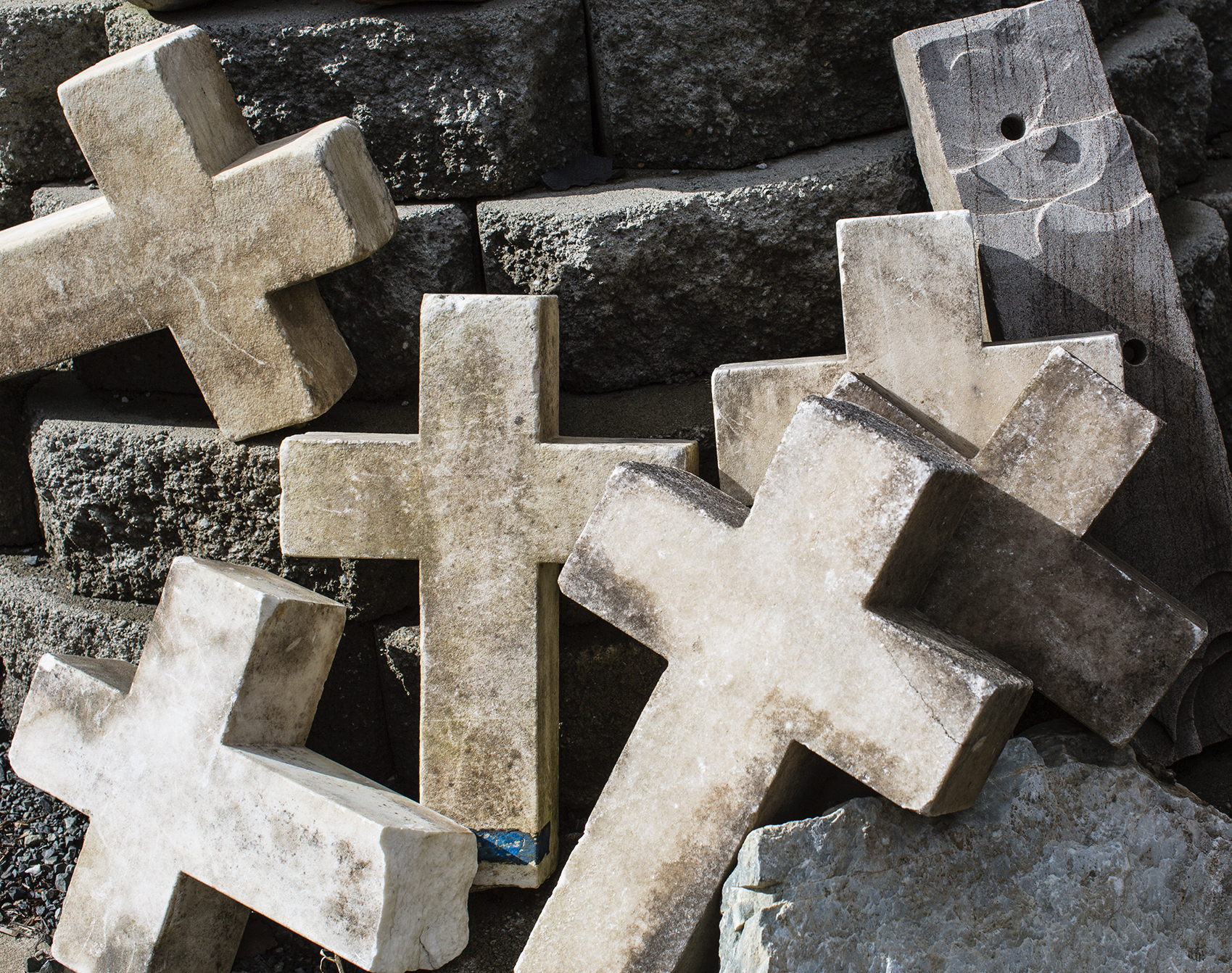 When Kim Lewis proposed a show of repurposed marble crosses from the cemetery of a convent, it set in motion a lot of ideas among the 22 of the Northwest Stone Sculptor's Association members who had obtained the marble crosses.  They agreed it would be a good thing to do a show.  The cross is such a strong image, and to repurpose the cross, pull new forms, extend the form, and give new meaning, would be a challenge.

For me, since I grew up in the traditions of the Catholic Church, doing multiple pieces would give me the opportunity to express different thoughts and approaches.

My first approach was to use the form as a starting place and extend it into something else.  I have a strong interest in social progress indicators (socialprogress.org) which measure the capacity of a society to provide for its citizens their basic human needs, foundations of well-being, and opportunity for all members of a society to reach their full potential. To represent the idea of measuring social progress I've been playing with using a triple lobed mobius forms to express these three interrelated ideas that weave together to form a single whole.

There's a three lobe möbius in the center of the cross, a larger one around the outside, and then a connecting stem between the two. Once these forms intersect the cross, two forms appear, first that of the Egyptian Ankh  and the other, that of num standing in  habit. 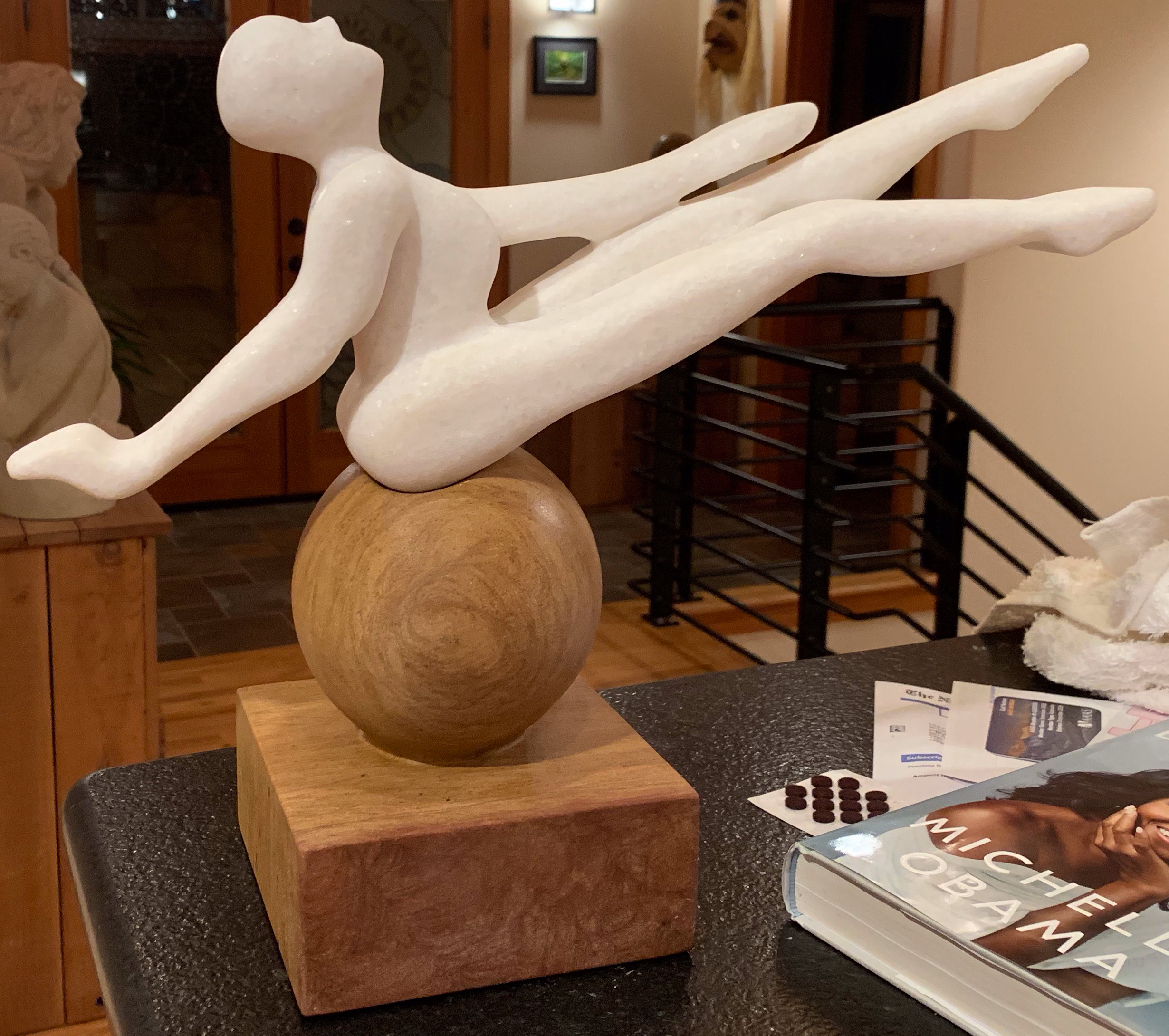 For the second piece, i wanted to make a figure from the cross shape. After explorations and discussions with other artists it led to someone doing Pilates exercises on a balance ball. Even nuns do Pilates. 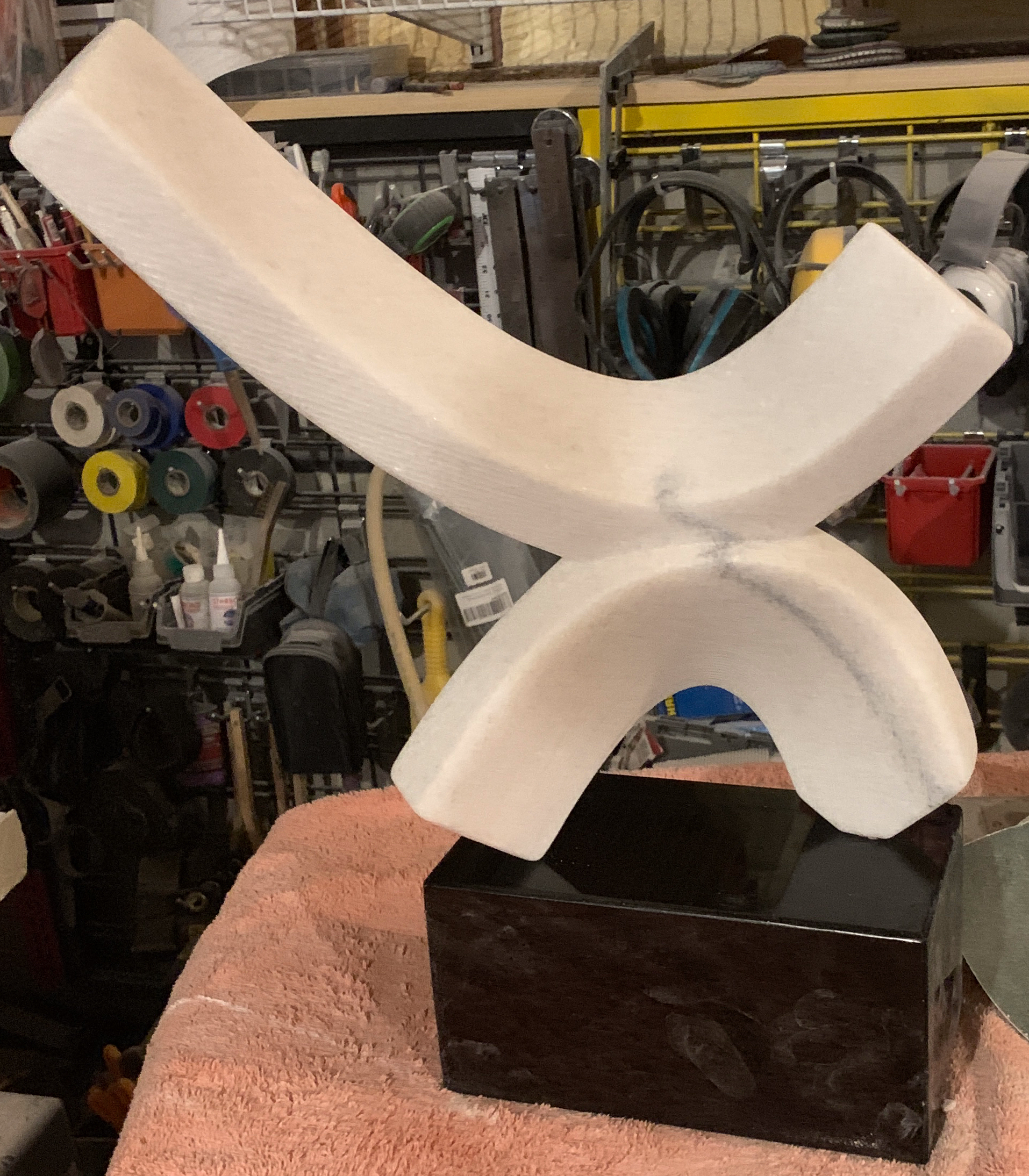 One thing I noted when with the mother möbius design was that diagonal stem thru the cross shape felt so much larger than the original cross. From this came the goal of creating forms on the diagonal that used as much of the cross as possible but when you looked at them did not say “cross”.  My solution was two smooth parabola- like intersecting curved surfaces, which used a great deal of the cross volume. By turning the cross form sideways it created the feeling of upward motion and the surprisingly familiar form of the swoosh, and thus “victory”.