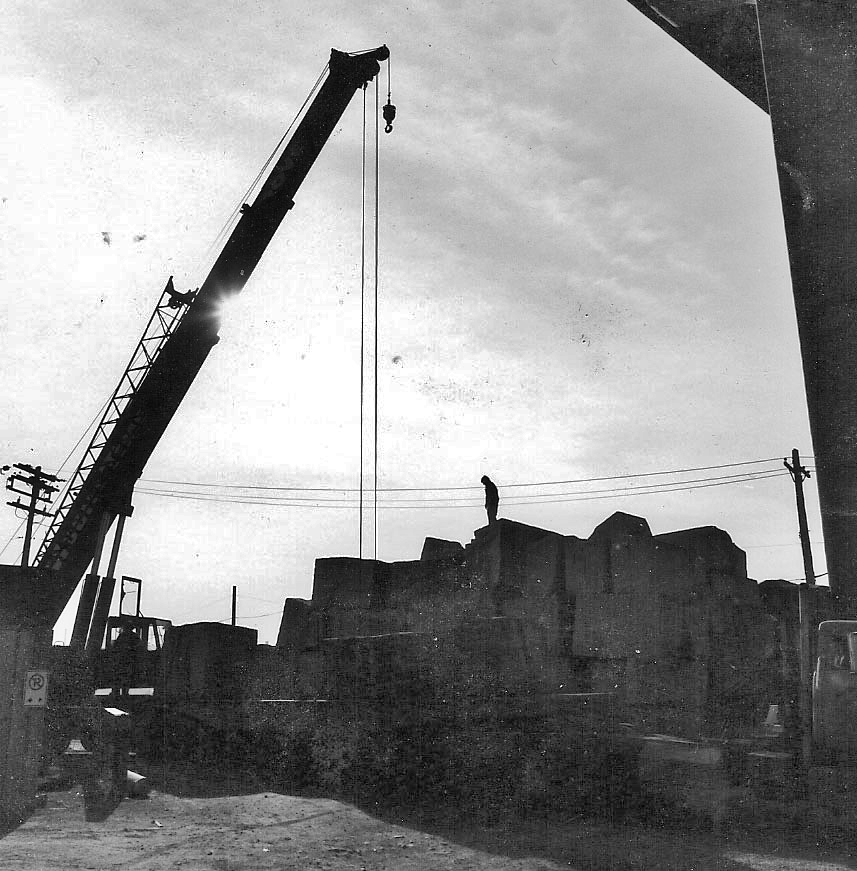 One morning I looked up from hammering at the Terry Fox sculpture to see this stranger standing quietly on the top of that huge pile of granite quarry blocks adjacent to my studio yard. True, my yard was located in an area of Vancouver where bad guys were eternally cruising to see what they could score, but making off with an eight-ton granite block seemed unlikely. Yet he stood there, still and thoughtful, for almost half an hour, as if he was wondering how he could put one of those beautiful, fresh blocks in his pocket and take it home. I was busting to find out what he was all about, but before going over to accost him, I seized the moment to take this dramatic photo which has sat forgotten here in my shoe-box for thirty-seven years. (Where did those years all go!?)

In the end, he did acquire three of those blocks and transported them off to Fremont (I’d never heard of the place) where he set to hammering at them just as I was doing with my block (it was once part of that pile) although his was a different subject.

For this man was Rich Beyer and his project was to carve out a small herd of farm animals, sheep mainly, for the University of Western Washington. Thus began a fast friendship with this remarkable, affable man, who, along with Meg Pettibone, sparked the creation of the Northwest Stone Sculptors Association. Old time members will all have their stories about him for, if anything, he was not forgettable. May he rest in peace. 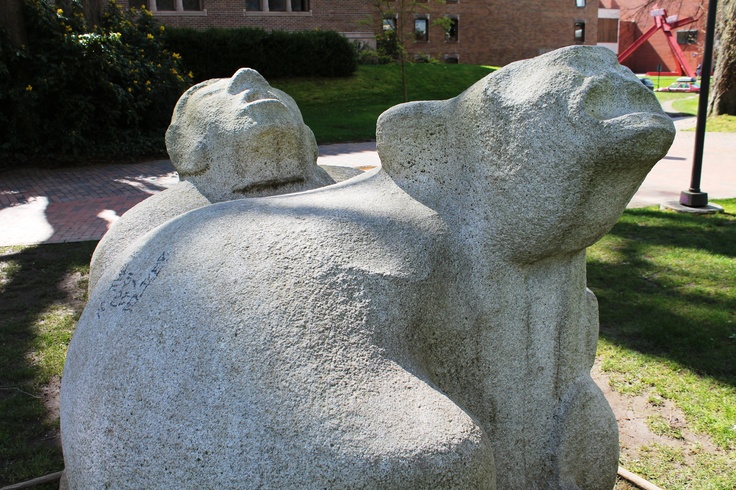