Kazutaka Uchida: Life as an Artist

KAZUTAKA UCHIDA: Life As An Artist 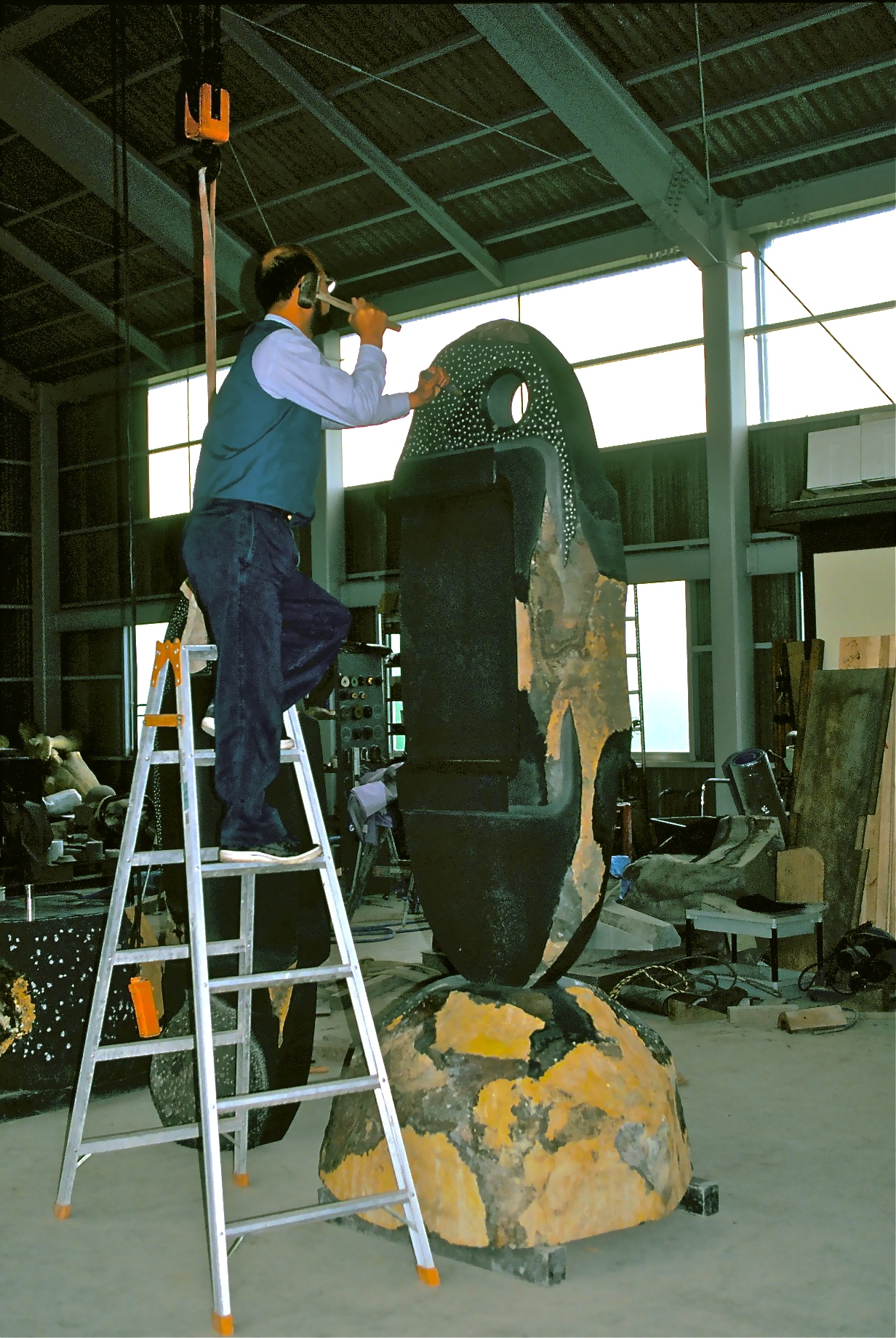 Kazutaka Uchida's first catalyst for becoming a sculptor came fifty or so years ago. While walking through Auguste Rodin's exhibition in the National Museum of Modern Art in Kyoto, he came upon a piece called "La Pensee." The piece was a pure white marble and depicted the portrait of Camille Claudel on top of the rough textured block. This piece, to the young Uchida, fifteen at the time, was shocking and he sensed a scent of Europe in it. Little did he know that seven years later he would be moving to Paris to study art and would be showing at the Rodin museum with Rene Collamarini and his students.

Kazutaka Uchida was born in 1948 in Toyota City, Aich, Japan. His father was an engineer that designed military airplanes during the war. He told the young Kazutaka to work on things that would not hurt others.

Uchida went to Tama Art University in Tokyo where the curriculum was was such that it encouraged the pursuit of both figurative and abstract. His senior show at Tama consisted of steel abstract works, although later he used more traditional methods and materials, such as clay, wood, and stone.

After graduating from Tama Art University in Tokyo in 1972, Uchida moved to Paris and studied at the Ecole de Beaux-Art for four years under Rene Collamarini and Louis Leygue.

Rodin's "La Pensee" was an inspiration to Uchida and helped him imagine the infinite possibilities of sculpture. When studying, however, Uchida didn't really think of works in terms of figurative or abstract; he was determined to pursue freer and freer expressions, as boundless as possible.

In Paris in the 70s, time flowed gently and Uchida remembers his time there fondly. However it was his time in Nepal that was pivotal to his art and even to his outlook of life. 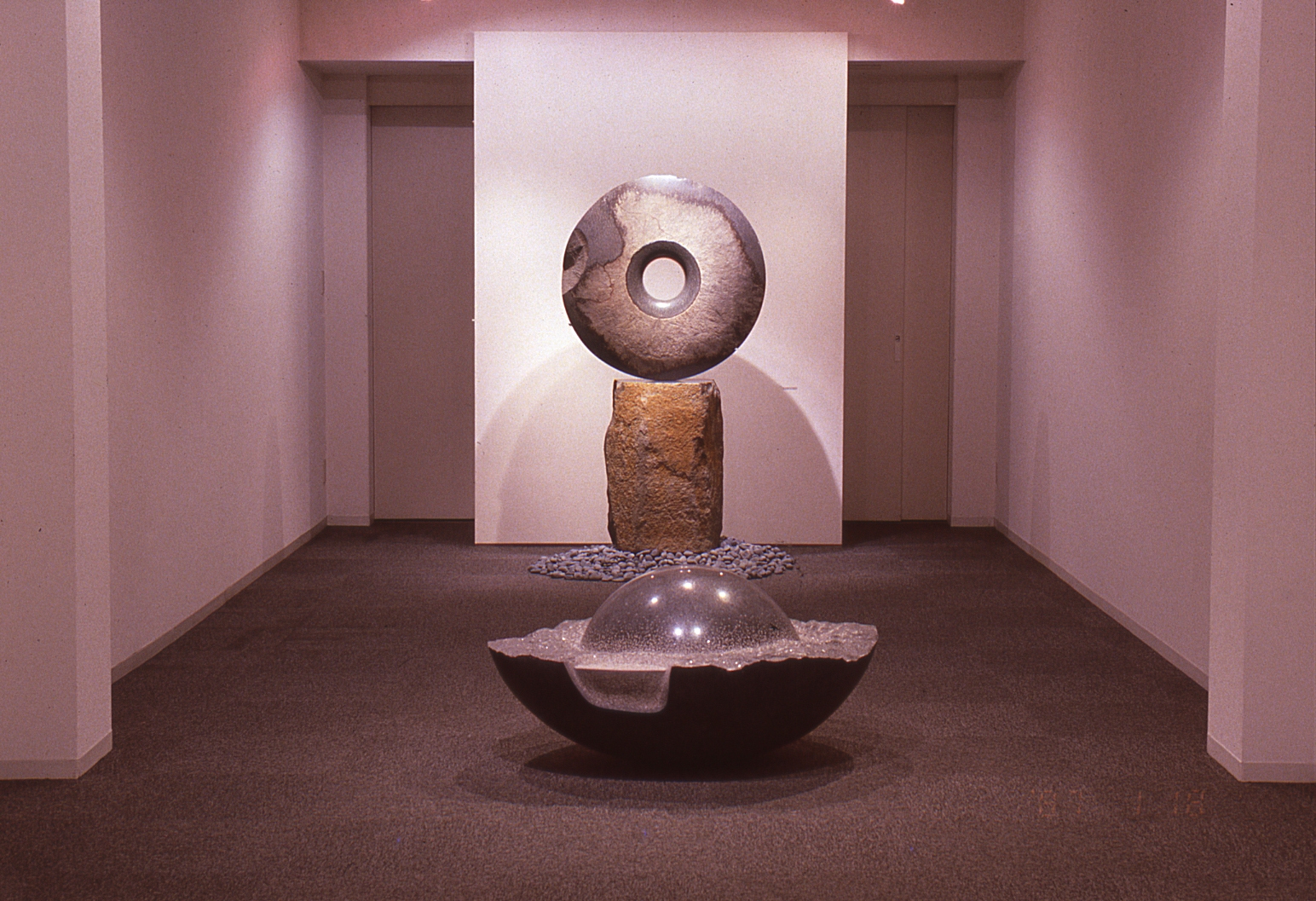 Uchida was sent to Nepal by the Japanese government to research the artisan traditions in hopes to have him function as an advisor to start an artisan industry in Japan. He was first sent there in 1982 and he returned there many times after that.

The profound shock, the foundation-shattering impact that Uchida felt through these visits was, without exaggeration, existential to him. He visited remote areas of Nepal and interacted with the minority tribes. These visits and interactions cemented the very foundation of him as a sculptor. He realized that here is the "Asian culture" Noguchi has told him to look for.

Uchida was introduced to Noguchi in 1976. Meeting with Noguchi, he brought images of his work that had been very well received in Europe (Uchida has a large piece in the National Museum of Modern Sculpture in Senart, France.) But, to Uchida's disappointment, Noguchi was completely uninterested in his work and told him to seek and study Eastern aesthetics as a Japanese artist. 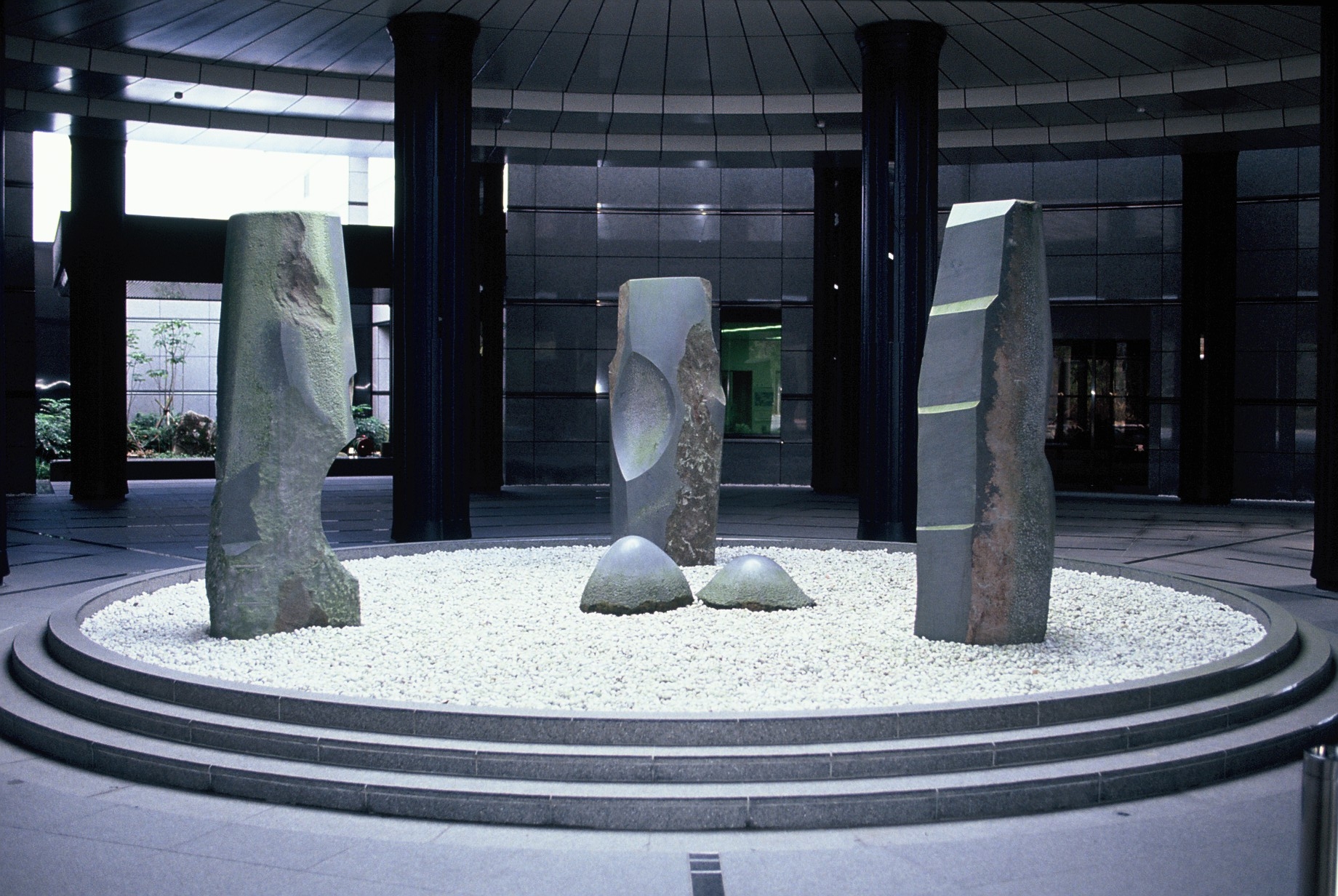 However, Noguchi was not uninterested in Uchida as an artist. Noguchi encouraged and supported Uchida as a young sculptor in Japan.Noguchi invited Uchida to his studio in Shikoku and whenever Noguchi visited Japan, he would meet with Uchida.

To Uchida, Noguchi appeared as an extremely talented artist, almost untouchably so, but also as a very lonely man. Noguchi seemed to always be searching for his identity. Born between the East and the West and not belonging entirely to either.

Uchida finished his formal training with Noguchi in 1977. Noguchi had a profound influence on Uchida as an artist and on his approach to life as an artist.

Uchida has won numerous awards and recognitions over the years and has had many shows and commissions in Japan and abroad. He continues to sculpt and has been teaching at Kinjo University in Japan for 11 years.

When Uchida was in his twenties, he felt alive as an artist. However, as he aged and matured, he began to get a sense that he was not so much the 'creator,' but a conduit for what nature has presented.

Ideas for pieces are everywhere, like simple stones, just strewn about. However, to take these ideas and turn them into reality, that is the important part. The act of creating art is little like the process of making "spirit." In making spirit, one has to get rid of the impurities and superficial qualities again and again. That is the only way to get to the super pure, above ninety-percent, spirit. In art one has to remove the superficial, the surplus, the unnecessary and pursue the form. Then the form becomes a representation of the essence of the artist.

However, there is no such a thing as "complete" to an artist. Complete does not exist in art making. This is why artists are lifelong learners and continue working. Sculptors carve and polish stone not to make beautiful stones; rather, the forms they make are the result of their search for the limits of their artistic capacity.

Uchida quotation from Stephen C. McGough's 1994 book "Roundness of the Horizon: The Sculpture of Kazutaka Uchida:

"Except when I am working on a monumental piece, I find myself often creating two very similar works at once."

"Now in our era, we should not just think about the East and the West, but we should also think about the whole earth and even the solar system surrounding the earth. The human body is composed of numerous cells. If each human being completes his or her life as fully as possible, as one single cell of the earth, then the earth as a whole will be rejuvenated. The rejuvenated earth will revitalize the solar system and the universe."