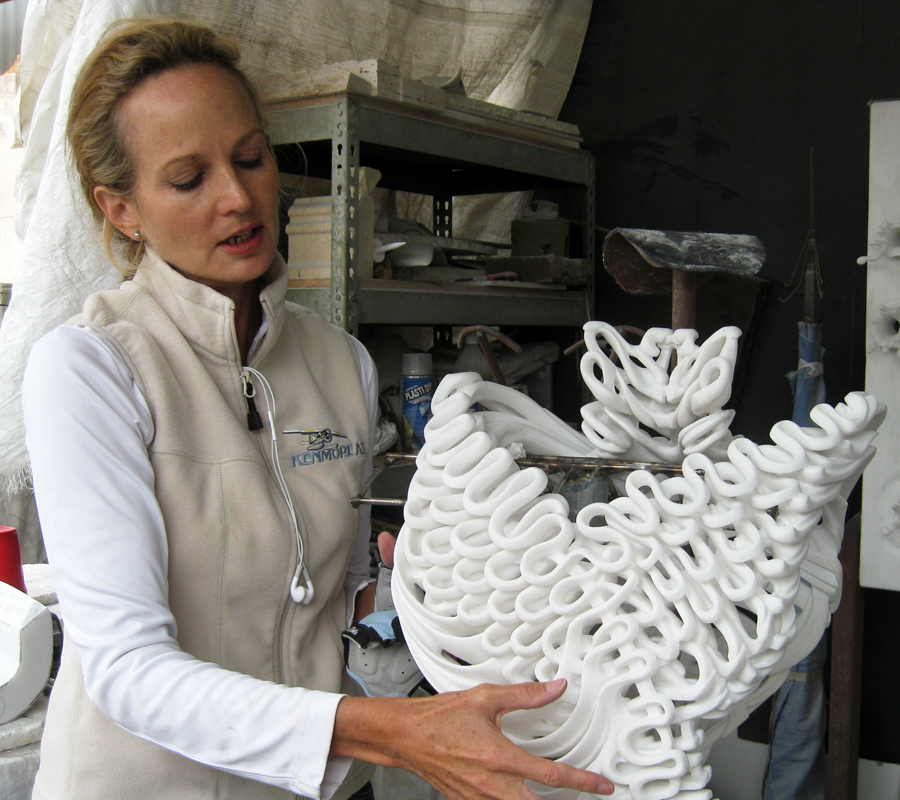 Employing a variety of electric grinders, files, and small dental tools with a dexterous touch, her technical virtuosity is on full display in “The Collars,” a series of sixteen painstakingly carved sculptures that explore a rich variety of organic and geometric patterns. The elaborate collars in this collection combine allusions to decorative motifs and the self-organizing systems of the natural world, drawing from lace-making and Elizabethan fashion as well as botanical, skeletal, and architectural structures. Continuing the theme of fragile, textile-like compositions with the strength and heft of stone, Turk creates a surprising sense of buoyancy and undulating movement in her recent series of marble ribbons suspended in midair. With these and other visually arresting feats of precision, Turk is pushing the physical limits of her material and reviving a classical medium for contemporary artistic exploration. 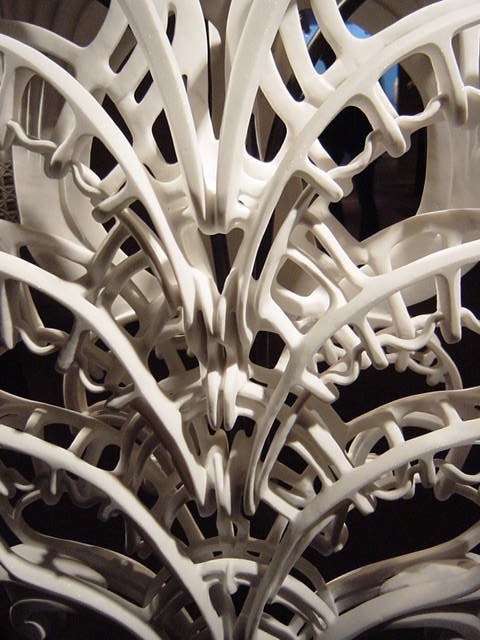 Elizabeth Turk received a B.A. (1983) from Scripps College and an M.F.A. (1994) from the Maryland Institute College of Art. Her work has appeared in numerous solo and group exhibits at such venues as the Mint Museum of Art (North Carolina), the University of Virginia Art Museum, the American Institute of Architecture (New York), and the National Museum of Women in the Arts (Washington, DC). 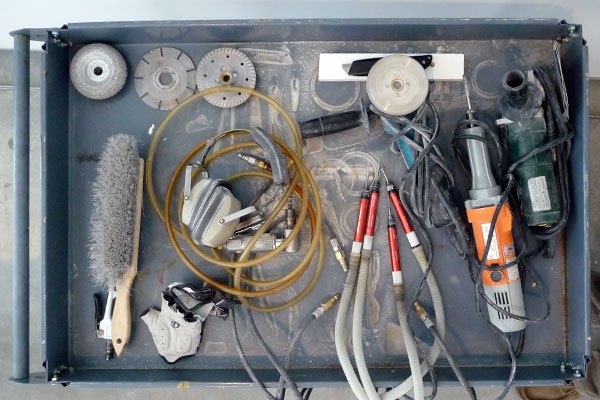